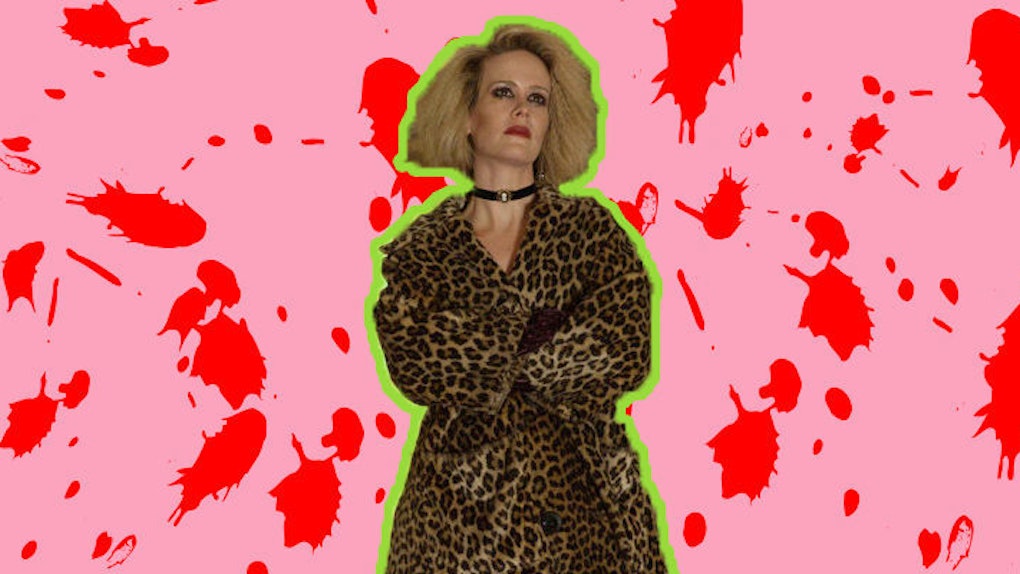 Maybe you were impressed with last week's leaked set photos from the upcoming sixth season of “American Horror Story.”

Maybe you saw “CROATOAN” carved into a tree in one of the pics and thought, “Oh, wow, what a chilling representation of an infamous detail from one of our nation's greatest historical mysteries.”

Maybe you need to RAISE YOUR STANDARDS a little because the “AHS” crew built a gd house from scratch.

The crew spent four months constructing a colonial terror home in a California forest for our entertainment, TMZ reports.

Fans can expect to see Angela Bassett (LIVING for AB) and Kathy Bates (I said LIVING for KB, LIV-ING) in scenes shot in and around the home.

At the risk of beating a horse so dead it's just an actual tube of glue, there's still no word on whether ya girl Taissa Farmiga will return to the show to participate in the secret horrors of the Lost Colony.

Last year, in an interview with Bustle, the actress revealed her willingness to work with RyGuy and the gang again.

I think it's still up in the air... You never know. I would totally pop back in and say hi for a minute.

For a minute? TAISSA, YOU ARE A STAR. TOP BILLING. COME BACK, TAISSA, PLEASE! TAISSAAAAAAAA!!!