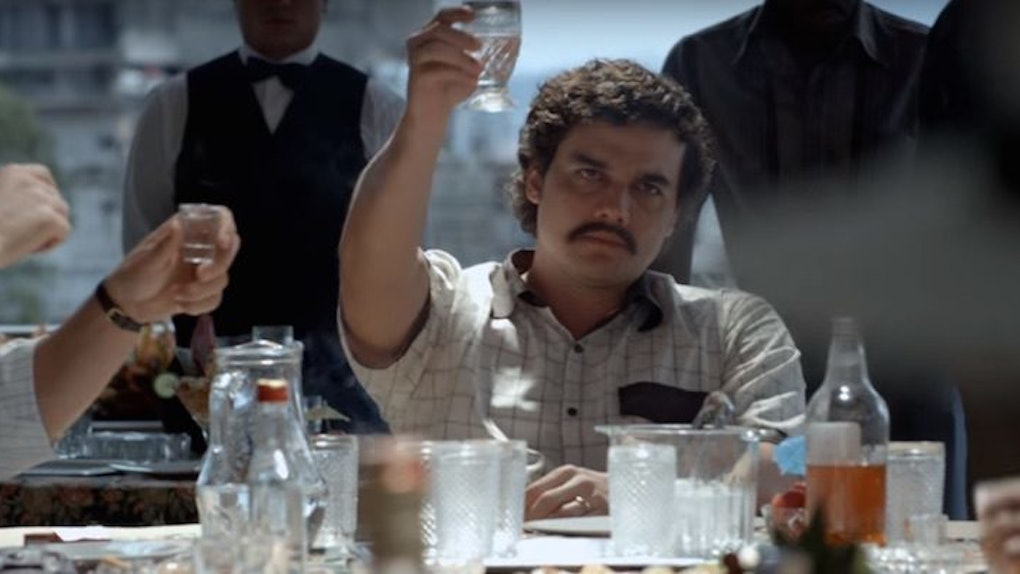 Machismo is a word the Merriam-Webster dictionary defines as "a strong sense of masculine pride; an exaggerated masculinity."

Machismo has particular relevance to male sexual culture in Latin America. In societies that operate under these strict gender roles, males are assumed to have an "expansive and almost uncontrollable" sexual appetite, and it is acceptable for them to satisfy their desire in whatever ways they choose.

Women, however, are expected to be pure and virtuous, having one monogamous partner within the marriage. Extramarital affairs for men are seen as almost empowering -- adding validity to their masculinity.

The second season of "Narcos" just premiered on Netflix, depicting the life of famed Columbian drug lord Pablo Escobar. Over half the show is in Spanish with subtitles, and it does an amazing job of depicting Latin American culture. It's one of the main reasons I watch the show. Well, that, and the fact that the acting and writing are impeccable.

However, the show also portrays a dark side to gender roles in South America. Some of Pablo's men are absolute pigs in their interactions with women, and the women are taught to just sit back and take it. Paradoxically, Pablo is a patriarch with traditional family values.

In one of her introductory scenes of season one, Pablo's wife, Tata, is seen with his mother ironing shirts and retrieving a glass of water for him. The narrator (voiced by the protagonist, DEA agent Steve Murphy) says,

Pablo loved his young bride and Tata loved him. He was a family man til the end.

The audience is easily in awe of their sweet, romantic marriage, until we later find out Pablo has a mistress. Her name is Valeria Velez, a national news reporter and a secret informant for the cartel.

Unlike his wife, she's portrayed as a career woman. She's racy and provocative. In one sex scene, he chokes her because she has the nerve to ask, "Does your wife do it standing up?"

She finds herself falling in love with him, but he makes it clear she's just a side dish.

While Tata is in the late trimester of her pregnancy, puking over the toilet and about to go into labor, she turns around and screams to Pablo,

When your election is over, stop disrespecting me with that bitch!

Even though he denies the affair, she still knows. Although she hates it, she still tolerates it and carries on with her domestic duties. You would think the wife of a drug cartel lord would have a more important role in the show, but scenes with her are never outside the home.

One of Pablo's men, Gacha, has a son who is seen in the episode "Fathers and Sons" blatantly sexually harassing their married housemaid. He touches her, grabs her and licks her. He tells his father how he wants to "fuck her," clearly showing his sense of entitlement.

And then there's the rape scene. Officer Peña makes a deal with a sex worker, Helena, to hopefully get her a green card in exchange for posing as a spy for the DEA. She solicits her services at a big meeting with major players of the cartel.

As she starts having sex with Gacha, she spews off a series of obvious questions arousing suspicion. To retaliate, the narcos corner her and brutally gang rape her. She's later found naked and beaten before being sent to the hospital.

Plenty of shows and movies have glorified sexualized violence against women, but this show, in particular, uses sexual violence to give a raw view of machismo in Latin America.

"Narcos" is not a fictional story. It tells a story of historical significance, but it also acts as a cultural case study.