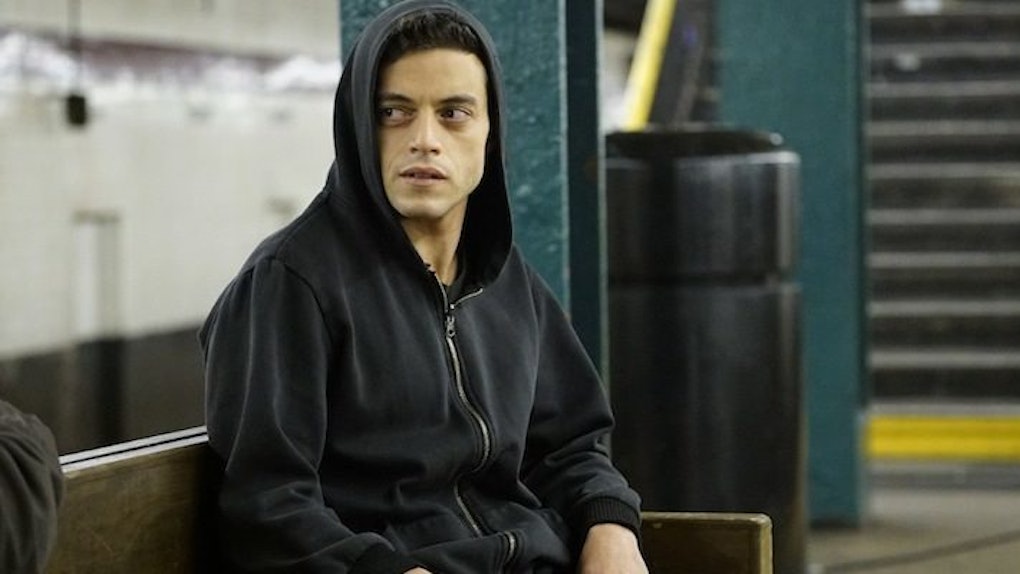 The Dark Age Of TV: Why 'Mr. Robot' Is Gen-Y's Most Important Show

An IT guy spends his weekdays inside his office cubicle.

There are many others like him. He's not unique. You couldn't pick him out in a crowd.

But as soon as the work hours end, you see his other side. He's a hacker, tinkering with information he shouldn't have access to in the first place.

Then one day, he meets a mysterious stranger who tells him there's a whole other kind of life out there waiting for him.

We all know the plot of "The Matrix," but guess what? We're actually talking about USA Network's hacker hit, "Mr. Robot."

The similarities between the Wachowski classic and the first season of Sam Esmail's series cannot be a coincidence.

That is largely because they're both trying to tell us the same thing: Big corporations are evil, and freethinkers are obstructions to their plans.

Of course, "The Matrix" used the allegory of the machine instead of saying this directly.

But, let's be real here: The machine is Big Brother.

"Mr. Robot" isn't the most original show in the world.

The whole "corporations are evil, and capitalism is hell" trope has been done. (Remember the final scene from "Fight Club?")

But, we aren't here to judge the show.

We're more interested in its message and what it means in today's context, given the overtly “connected” lives we lead.

Another show we have to talk about in this context is the CBS smash hit, "Person Of Interest," which is already four seasons old and running strong.

Over there, the good versus evil battle morphs into a war, whereas in "Mr. Robot," technology is just a tool.

But, the message we keep harping about is still there.

Any time big corporations try to use technology to “control” the masses, it's up to us to fight back.

Anyone familiar with the whole NSA-Snowden fiasco will know that in some cases, the state itself can replace the big, evil corporation.

Ever since shows like "Mad Men," "Breaking Bad," "The Wire" and "The Sopranos" ended, audiences all over started to believe the "golden age" of TV was over.

But shows like "Mr. Robot" and "Person Of Interest" prove that maybe what we have now are shows more concerned with the bigger picture.

"Mr. Robot" might not be the best show on TV right now, but it sure as hell is the most important. That's where it scores massive points.

A junkie protagonist just snoops around other people's lives, and these are hardly attributes you would assign a hero.

But, that's what makes the show so damn refreshing.

With all the Flashes and Daredevils running around in our screens, we could really use a hero who's actually human.

You need to stay up all night to lead a double life? Well, of course you'll be addicted to something. It's believable and not over-the-top.

Real life is grey, and again, "Mr. Robot" is bold enough to tackle that.

These dark TV shows are also a sign of another significant change we must address.

Following 9/11 and the 2008 market crash, we know the American Dream is over.

"Homeland" is constantly showing us how the CIA bends the rules every day. "The Americans" is making us root for Russian spies in Cold War-era America.

"Person Of Interest" and "Mr. Robot" are telling us to fight on the right side of the technology crusade against the state and lobbyists, while "Bloodline" is perhaps the darkest family drama ever made.

So yes, the golden age of TV is over. But that's a good thing.

We need these kinds of shows to prevent us from falling into the same kind of lull MTV pushed our previous generation into during the Reagan administration.

There's an Elliot in all of us who just goes with the flow of things and leads a normal life.

It's time to wake him up.