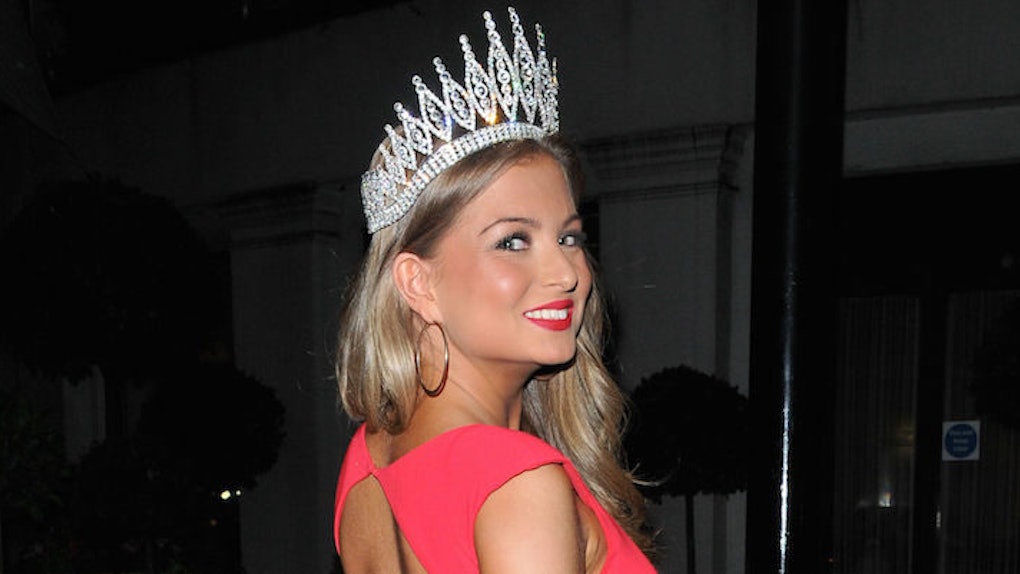 Why Are We At All Surprised About What Happened To Miss Great Britain?

Earlier this week, Zara Holland, the reigning winner of the Miss Great Britain pageant, was stripped of her title because she had sex on a British reality TV show called "Love Island."

On Wednesday's episode of the show, Holland, one of the contestants stranded on the island, was filmed in bed with another contestant and although they didn't show any explicit scenes, it was insinuated that they was doing the deed in comments made in the following night's episode.

Holland earned her pageant crown in September of last year, but the Miss Great Britain organization was quick to take it away after Wednesday's episode. They tweeted the following statement:

I'm personally both outraged and offended by the organization's unfair decision and I'm not the only one. Fans of Holland took to Twitter to express their anger.

As much as I stand in solidarity with Holland and her displeased fans, I do have to ask: Why are we even shocked? Beauty pageants are so archaic that barely anyone watches them anymore. They've been around since the late 1800s, which means some of the rules to enter are older than my grandpa.

For the Miss America pageant, there are some outlandish qualifications. A woman must be genetically born a woman (she cannot be trans). A rule instituted in 1999 also states that "the contestants only need to swear that they're unmarried..." The same rule states contestants must "not [be] pregnant" and "not the adoptive or biological parent of a child." AKA whomever you vote for isn't allowed to be a mom.

The de-throning of Holland isn't even the first example in history in which a woman was forced to give up her title for owning her sexuality. Former Miss America Vanessa Williams resigned because a magazine called Penthouse was set to publish nude photographs of her while she still held the title. Apparently, a woman cannot be proud of her naked body while still being a "role model."

So, let me get this straight: Pageant winners are supposed to be shining examples of what women should look like, but they aren't allowed to do some of the most basic "womanly" things, like engage in sexual intercourse or procreate? OK. That makes sense.

By stripping Holland and Williams of their titles, are pageant organizations implying that role models shouldn't be human? What kind of example are organizations like Miss Great Britain setting for young girls when they say a role model should be a Barbie doll-esque, cardboard cut-out of a person who isn't allowed to speak, think or act for herself?

I'm a woman with tattoos. I also write about sex on the Internet. And I very much still consider myself a role model, because the desire to self-express and holding a role model status aren't mutually exclusive.

So I'm a proponent of getting rid of beauty pageants altogether. I don't believe it's anyone's place to tell a woman what she "should" be. In my book, a woman can be whatever or whomever she wants and it is her very definition of what it means to be a woman that makes her a woman.

But if beauty pageants boast want to keep boasting "positive" images of women -- and want people to keep tuning into them -- then they need to implement some major changes. They can start with the rule book. Because as of right now, I sure as hell would rather watch the Kardashians than the damn Miss Great Britain pageant. Actually, I'd rather just watch Holland kill it on "Love Island."