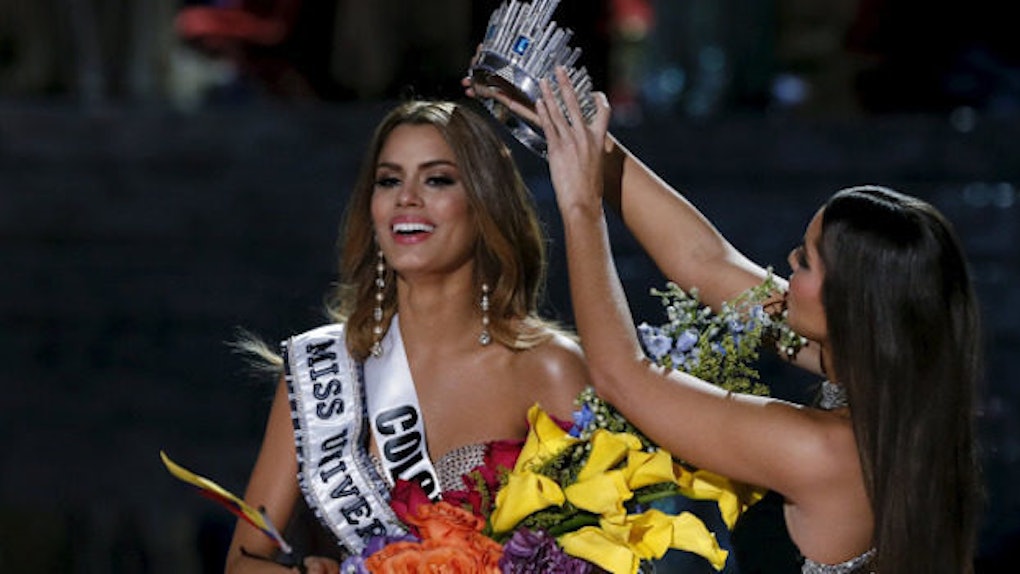 Ariadna Gutiérrez will always have that minute and a half when she was Miss Universe.

Unlike the actual physical crown and pageant title, that time can never be taken away from her.

Steve Harvey's reading comprehension and a poorly structured results card led to one massively awkward gaffe on Sunday night when the Miss Universe crown was wrongly awarded to Miss Colombia, taken back from her on live TV and then given to its real owner, Miss Philippines Pia Alonzo Wurtzbach, all in the span of about three minutes.

Gutiérrez isn't focusing on the negative, though. She's trying to remember all of the good times she had as officially the hottest and most accomplished woman IN THE UNIVERSE.

The 21-year-old Colombian TV host and pageant contestant posted this great collage of all those wonderful moments she had during her tenure as Miss Universe.

She has such great memories from her reign, like the time she got the crown, the moment she wore the crown and waved and all the way up to when she hugged that other woman.

Yup, those moments before the pageant revoked her title in front of thousands of people in attendance and over 300 people watching at home were really something else.

Gutiérrez posted another picture to Instagram where she thanked fans for sticking with her during this awkward time.

In case you're wondering, Steve Harvey is doing great, too!

He's actually even being asked to ruin some other girl's life host the awards again next year!