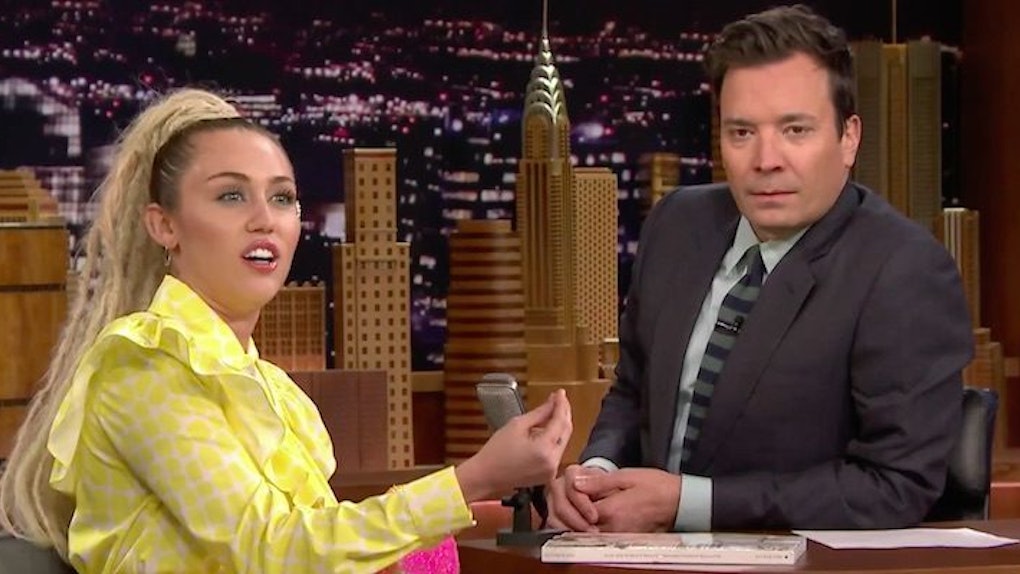 If there's anything you should know about Miley Cyrus, it's she sure does love a good smoke.

That's why you probably can't blame her for being super angry at Leonardo DiCaprio for not passing his vape pen during the after-party of "Saturday Night Live 40th Anniversary Special."

Miley appeared on Thursday's episode of "The Tonight Show Starring Jimmy Fallon" to talk about her performance as the only female for "SNL 40." Shorty into the conversation, Miley brought up her experience with Leo at the after-party.

She mentioned she was sitting near Leo and his mother, and Leo was, you know, hanging out and enjoying his vape pen.

Miley said it's just common courtesy to "pass that sh*t" once you hit it, but Leo didn't pass it. *GASP*

As you can imagine, Miley was not happy with that.

LEO, WTF? You should know Miley wanted a hit. Has she not made that clear enough?

I think we all learned a valuable lesson today: Always pass your vape pen.

Be sure to check out the full interview in the clip above.