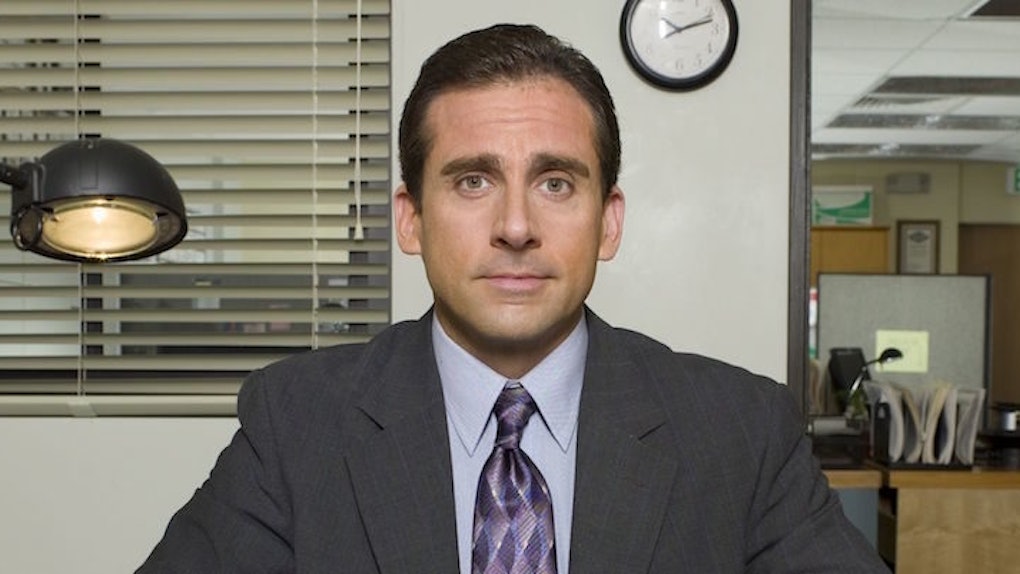 13 Michael Scott Quotes You Can Apply To Your Everyday Life

Nearly 11 years ago, the world found a new hero. A legend. A role model, if you will.

On March 24, 2005, Michael Scott and "The Office" came into homes across country, introduced us to the people of Dunder Mifflin and made us laugh until we cried.

For six years, Michael's jokes, witticisms, one-liners, casual banter and rapport with his employees kept us tuning into the NBC show.

But on April 28, 2011, he left us -- although he did make an appearance in the series finale -- and the show just wasn't the same without him.

Thankfully, due to the sheer talent of  Steve Carell, as well as the unparalleled writing of Mindy Kaling, Greg Daniels, Michael Schur, Lee Eisenberg, Gene Stupnitsky, Daniel Chun and Ryan Koh, the character of Michael Scott continues to live on, on Netflix and in the lives (and conversations) of loyal fans of "The Office."

There's a reason the magic of the manager of Dunder Mifflin's Scranton branch was so powerful and why it exceeded the airtime and lifespan of the television show.

Michael Scott always had something to say -- even if it was rude or completely unnecessary -- and, even to this day, we can relate.

When your mom freaks out on you for not having any savings:

When you're telling a secret to your BFF and someone else interrupts:

When it's Sunday and you've been drinking all weekend:

When you went to the gym and drank a juice and feel overly confident:

When you've had one drink (you're a lightweight these days):

When your friend starts telling everyone what you did last weekend:

When your friend has a story just as embarrassing as yours:

When you did Dry January for two weeks and had to tell everyone around you:

When no one laughs at your joke and you try to save it:

When you're trying to be cool around any boy:

When you made a horrible decision and went out on a Wednesday:

When your friend is crying about how she's single and every boy sucks:

In every single situation, whether it applies or not: