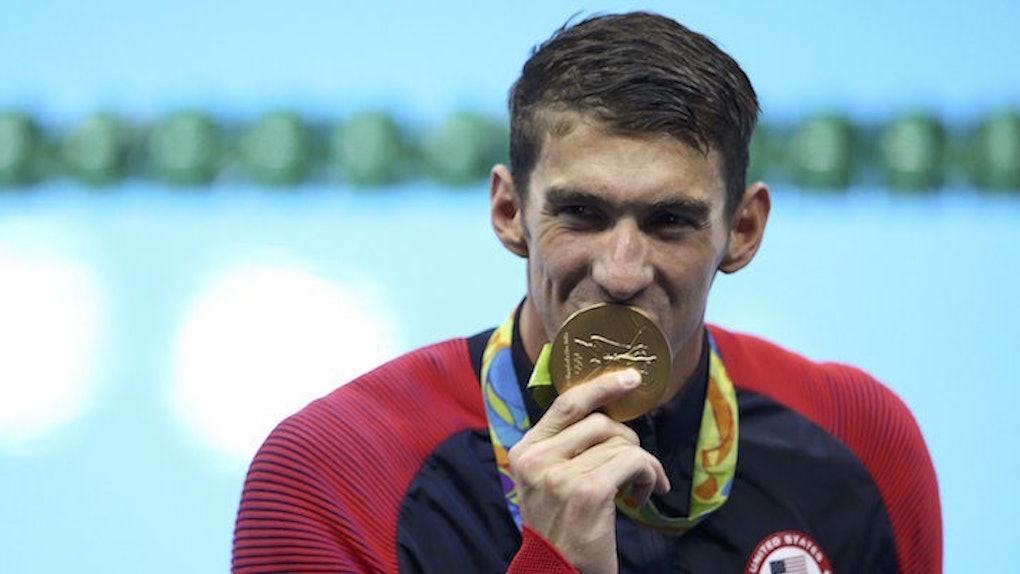 Alright, I won't go that far -- he's definitely human, but after winning his 20th and 21st Olympic gold medals, it's not hard to believe that the 31-year-old athlete is unlike the rest of us in more ways than one.

Here's the heart-stopping footage of Phelps in action during the 200-meter butterfly. Mothra would be extremely jealous.

He didn't stop there, either. Phelps then won his 21st gold medal during the 4×200 freestyle relay.

Uh, hello Hollywood? If you need to recast the character Aquaman, I know a guy.

If you remember the "60 Minutes" story with Anderson Cooper that aired on CBS back in 2012, you're probably wondering how Phelps is going to make room for three total gold medals that he's taking home from Rio (so far).

But that's the LEAST of his worries.

The gold medalist had a stern message for other Olympians immediately following his triumphant victories in Rio -- and it was actually quite simple.

According to the New York Times, Chad le Clos of South Africa defeated Michael Phelps at the 2012 London Games by 0.05 seconds. This time around, Phelps wasn't going to take sh*t from anyone.

Chad le Clos and Michael Phelps found themselves competing against each other at the Olympic Aquatics Stadium yet again.

That's when Phelps reflected back on how Chad had mentioned that he looked up to the 21-time Olympic gold medalist, saying,

Like I said, Phelps wasn't having ANY of that this time around. Instead, he stood tall and strong in the pool after securing his 20th and 21st gold medals, as if to say "no one can match me -- ever."

Hey, I wouldn't question that, Michael. You've proved yourself time and time again no matter who the competition is. You also made it clear that cup marks are very in this summer.

Congratulations on the gold!