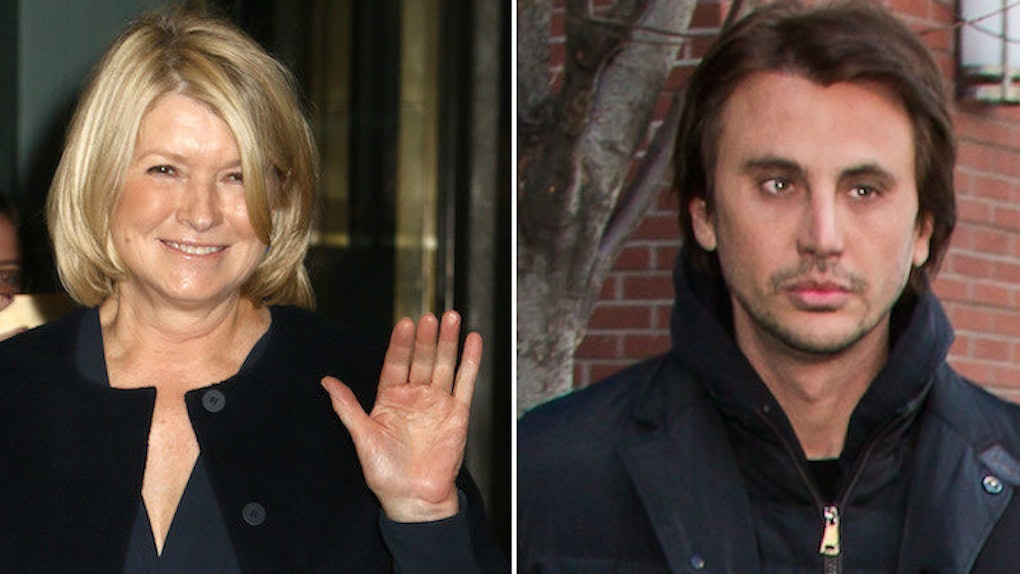 All us young people know who TF Jonathan Cheban is.

Don't believe him? Then I guess you haven't seen this pic of him with a pizza.

Woke up to this on the yacht on way to ibiza pic.twitter.com/IIElWX6xmp — Jonathan Cheban (@JonathanCheban) June 15, 2016

Martha gathered her vast reserves of shade, collected throughout her years in the industry and her brief stint in federal prison, and tweeted a pic of J Chebs to Daily Mail US asking if the publication knows who “this guy??” is.

Savage, Martha! GIVE US MORE! DO NOT STOP, MAMA!

Some Twitter users, including DMUS, attempted to answer the question…

…while others sat back and enjoyed watching Martha drag Jonathan behind the homemade chariot she crafted from toilet paper rolls, Elmer's Washable Glue and smoldering chaos.

Not one to leave anything unresolved, Martha kindly let the world know who the living F Jonathan Cheban is in a follow-up tweet that served as a friendly reminder our fates are all in her hands.

May no act of God or man ever drive this woman off the internet. Martha, bless us all.

UPDATE, 4:00 pm: Jonathan posted a photo of the pair trolling the whole damn internet from a cozy spot at a Daily Mail event at the Cannes Lions International Festival of Creativity.

Despite the whole thing being a shitty ruse, Martha still gets festival points for creative shade throwing. Never change.