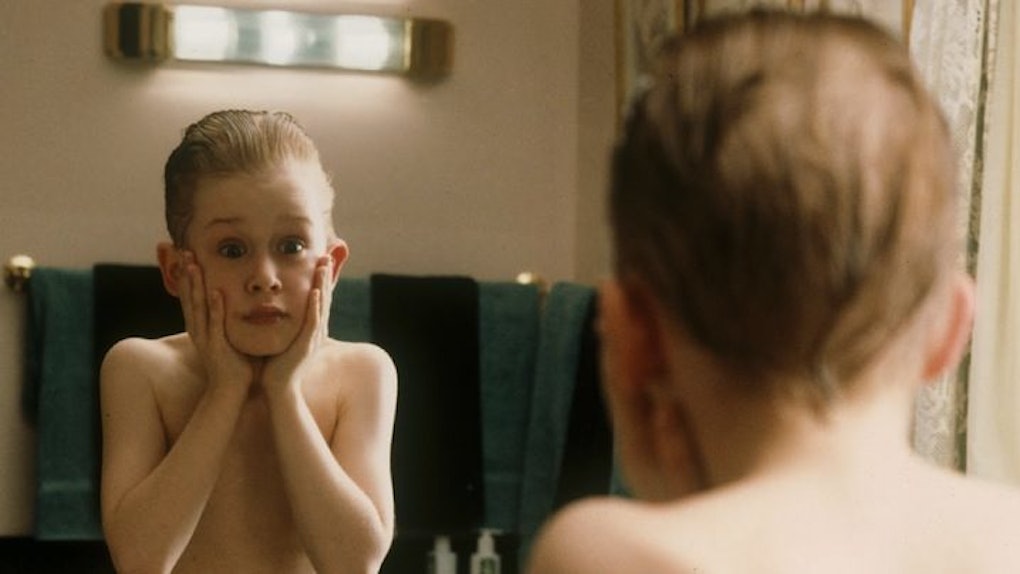 Imagine this: It's 1990 and you're 8 years old. You live in a beautiful home somewhere in the suburbs.

Your entire extended family comes to visit before jetting off on the ultimate holiday vacation to Paris. But they forget one thing -- you.

After your entire family disappears you must learn to fend for yourself.

Everything starts off fine; you even figure out how to go grocery shopping and order pizza all by yourself. But just days into your new life at home all alone, two angry men try to enter your house and rob you.

But you're having none of it. So you set up the ultimate trap for these would-be thugs. Instead of robbing your house they get straight f*cked up by your tricks.

Finally, after days, your family returns and your parents act totally normal, as if nothing ever happened. Except in your mind, everything has changed.

Now it's 25 years later, and you still harbor all that resentment against your family for leaving you home alone to defend your house and nearly die at the hands of strangers.

Think this could never happen? Just ask the grown-up version of Kevin McCallister.

Kevin finally made his return to tell the story after the story of what really happens when you're abandoned by your family.

Spoiler alert: He's totally messed up. Check out Kevin (still played by Macaulay Culkin) in the video above.