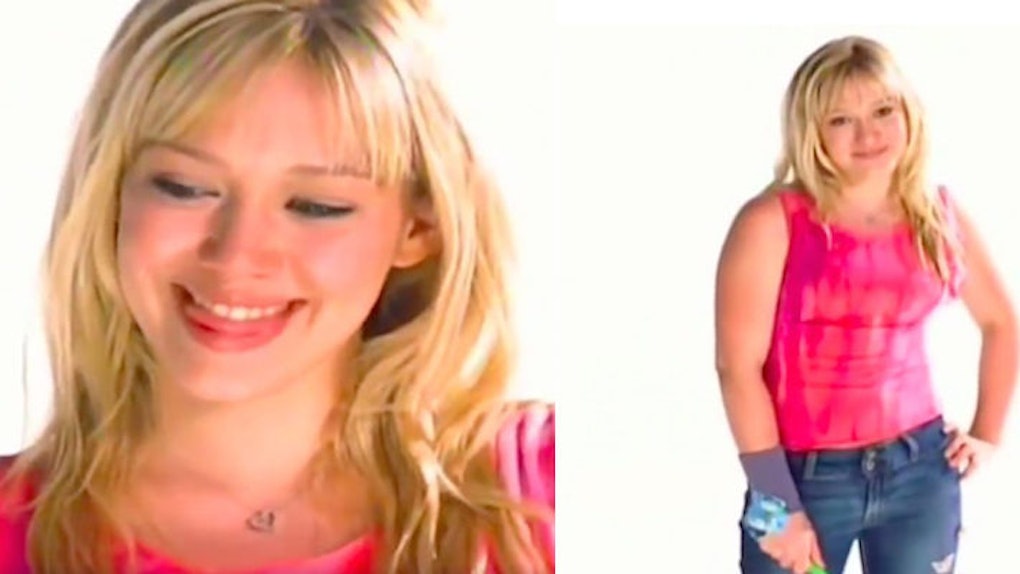 HILARY DUFF, WHAT HAVE THEY DONE TO YOU?!

If you were a fan of Disney Channel growing up, then I suggest you take this time to prepare yourself. You're about to see a raw, unedited clip of Lizzie McGuire and you'll never look at her the same way again.

Seriously, I'm about to destroy your entire childhood in roughly 30 seconds. Are you sure you're ready for that?

Extremely painful and cringeworthy outtakes of Hilary Duff reciting lines for a Disney Channel commercial are going viral on Twitter.

I'm sure you remember how the network had stars from the TV shows say the line, "I'm BLAH BLAH and you're watching Disney Channel!"

Well, when you remove the music, take out the editing and the Micky Mouse ears animation, the whole thing is awkward as fuck.

wait this is one of the most awkward things i've ever seen pic.twitter.com/wPbU0paIsD — madison (@toulousevevo) November 15, 2016

AHHHHHHHHHHH. LIZZIEEEEEEE. NOOOOOOOOOOOOO!!!!!!!!! That was 78 seconds of my life I'll never get back.

If you compare that dreadful footage to the final commercial, you'll notice Lizzie's grunts and mouth noises didn't even make the cut!

Dear lord, that was miserable. Hilary Duff's fans on Twitter are obviously bugging out.

The world is ending. No one is safe. Especially Lizzie, she's done.

If you're currently crying inside, I hate to break it to you but there's more.

Twitter users also found terrible footage of Raven-Symoné shooting a "That's So Raven" commercial and it will make you want to die.

she looked so done when they were telling her that she needed to say 'and cheetah girls' too pic.twitter.com/WL8H9K1waT — madison (@toulousevevo) November 15, 2016

I want to crawl into a hole and never come out. I'd be totally OK with never seeing sunlight again.