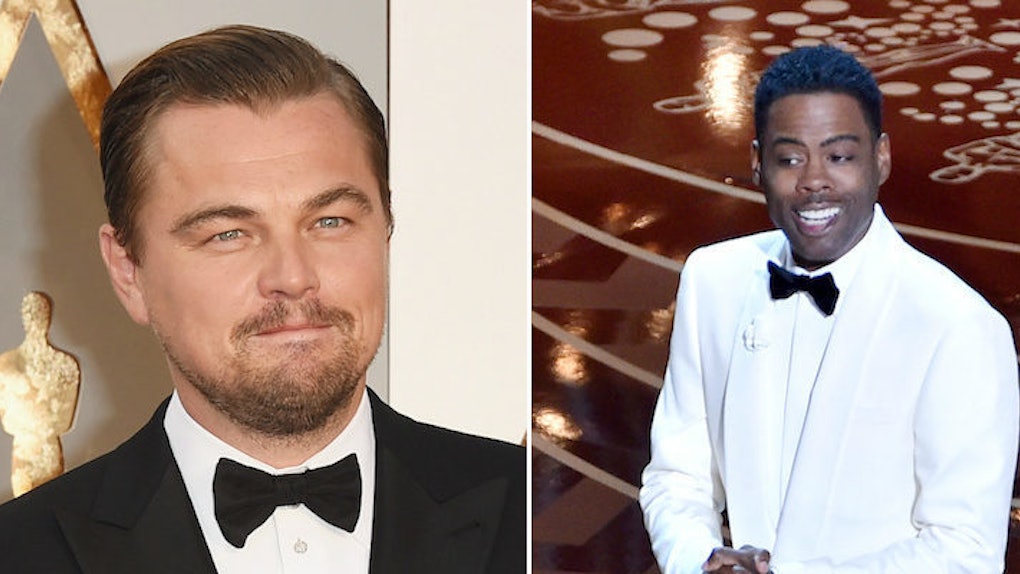 As expected, host Chris Rock did not hold back with his hilarious criticism of the lack of diversity in this year's Oscars in his opening monologue Sunday night.

Chris had some killer jokes, but he also got serious about #OscarsSoWhite, saying what really needed to happen was more and better roles for black actors.

In particular, he called out Leonardo DiCaprio for having easy access to Oscar-worthy roles. He said,

We want opportunity... Not just once. Leonardo DiCaprio gets a great role every year.

The camera, of course, immediately snapped to Leo's face to catch his reaction, and it was so, so awkward. Like I was cringing into the cushions of my couch levels of awkward.

Leo decided to go for the least reaction possible; he stayed as still as possible and just stared at Chris Rock, a blank expression on his face.

Perhaps he thought that would be the safest route, but even a little nod of acknowledgement would have broken that tension.

GAH, IT'S SO AWKWARD BUT I CAN'T STOP LOOKING AT IT. The camera even lingered as if hoping he might give us SOMETHING, but nope. The man didn't move a muscle for like 10 seconds straight.

I guess Leo's graduated from side-eye to full on stare. Yikes!