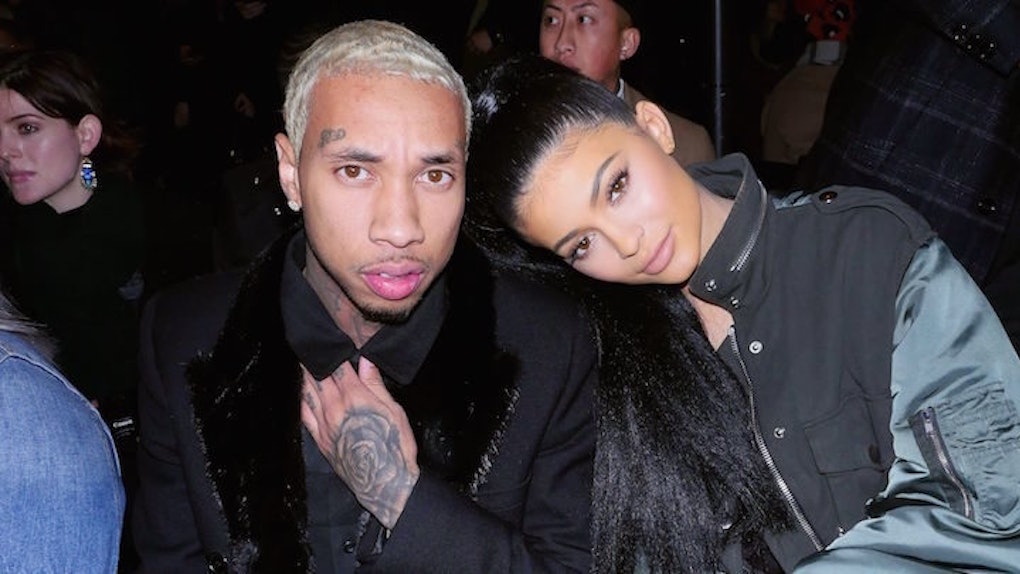 UM, hold up. Did Kylie Jenner and Tyga secretly get married?

After dating for two years, the 18-year-old reality star and 26-year-old rapper called it quits this past May.

Since their breakup, the two have been spotted hanging out together on numerous occasions.

Kylie even added this photo of them getting cozy on her Snapchat.

Although Kylie hasn't addressed their rekindled romance, it's pretty obvious that the couple is back together.

But Kylie just added a new Snapchat that makes me question what's really going on between them.

While going to the nail salon with BFF Jordyn Woods on Wednesday, Kylie posted a video of her looking at the different nail designs at the shop.

While focusing on the black and gold nails at the top, Kylie says,

This reminds me of my husband.

Here, listen to Kylie talk about her husband in the Snapchat below. Come on, you know she's referring to Tyga.

So this makes me wonder...did Tyga and Kylie actually get married and not tell anyone?

I understand calling your significant other cute pet names like "baby" or "sweetie" or "honey bunches of oats" (I love that cereal) or even something gross like "pookie bear stud muffin."

But if one of my friends ever referred to her bae as her "husband," I'd slap her across the face for not inviting me to the wedding. HUSBAND? THAT'S SERIOUS STUFF.

No matter what their "status" is, it's safe to say that Tyga and Kylie Jenner are officially back together.

But seriously, if you guys did get married, where the F was my invite?