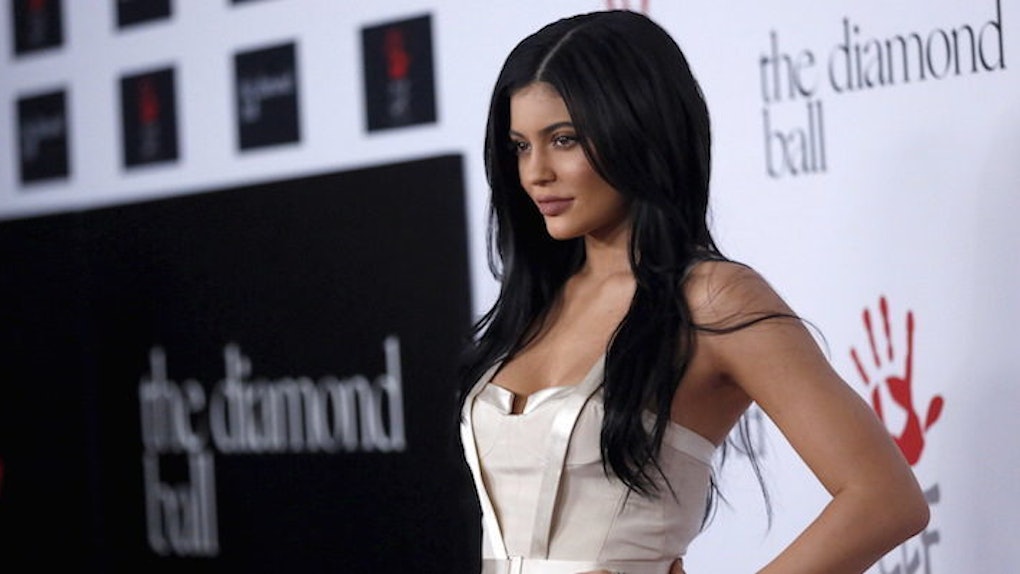 If there was ever a case for underboob being the new sideboob, this is it.

The real change in emphasis comes at how we approach exaggerating those parts. How we dress them up and try to get people's eyes to navigate toward them.

Top cleavage is a mainstay. It's always going to be there and is hardly worth talking about anymore. Nobody is going to break the news cycle for showing a bunch o' cleav. It used to be in order to REALLY show off “da boyz,” you had to work with some sideboob (s'boob), but even that now seems pretty five-minutes ago.

Kylie Jenner is putting on a clinic in West Hollywood this week, demonstrating how to properly show some underboob.

The laws of gravity do not exist around the Kardashians. Although her zipper did break at some point during the night.

By the way, this is how Kylie showed up to the club, and it's beyond fascinating.

OK, OK, OK. I get her underboob is immaculate, BUT LOOK AT HOW THAT CAR DOOR OPENED!