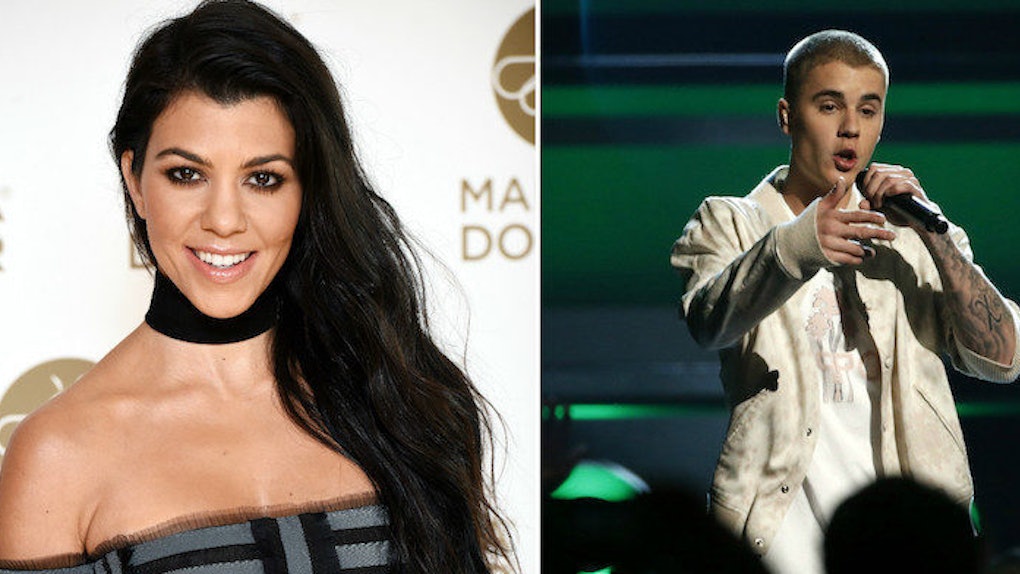 The cougar Kardashian senior, Kourtney, looks like she could be on the hunt for some younger prey as she was spotted partying with rumored former fling Justin Bieber over the weekend.

The 37-year-old was celebrating July Fourth with her three kids with ex Scott Disick while staying at The Setai hotel.

But a source told PEOPLE she hung out with the 22-year-old singer a few times over the weekend:

Kourtney is having a fun holiday weekend with her kids. She keeps enjoying the beach and the pool. She has been hanging out with friends, including Justin Bieber and Larsa Pippen.

Sunday night in particular, Justin was tearing up STORY nightclub for his Purpose World Tour after party when he vanished for a couple of minutes and reappeared leading Kourtney to a private table behind the DJ booth.

Earlier that night he serenaded STORY owner Dave Grutman for his birthday.

At least he looked a little steadier on his feet this weekend. In case you haven't been keeping up with the Bieb's hilarious track record, he keeps falling over like a doofus.

His latest tumble happened when he was splashing about on stage last week. Have a look and laugh: