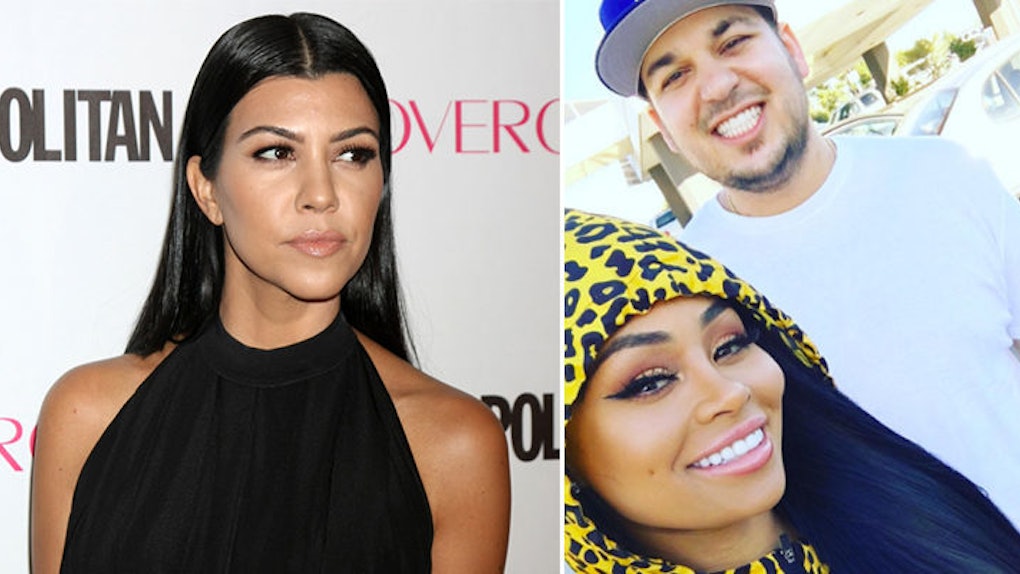 If you haven't heard, Blac Chyna plans to legally change her name to Angela Renee Kardashian once she marries Rob.  This means their child will be the heir to the Kardashian name.

TALK ABOUT A PLOT TWIST.

So, how do Rob's sisters feel about everything that's going on with the couple?

Well, Khloé and Kim have openly discussed how betrayed they felt after Rob proposed to Chyna without telling them.

But now, big sister Kourt has opened up about her feelings as well. The 37-year-old mom of three made a comment during a family dinner about Blac Chyna carrying on the family legacy.

She told the group,

She's gonna carry on the legacy, like if she has a boy.

I could change my kids' last names.

OH SNAP. It looks like Kourtney doesn't want Chyna to be the only one with a Kardashian baby.

And by the way, ex-boyfriend Scott Disick was sitting right there. He responded,

What the fuck, I'm sitting right here, you sick fuck!

In the end, Kourtney insisted she was kidding. But Scott was clearly offended.

Hopefully, the Kardashian-Jenner clan can sort out the drama before Rob and Blac Chyna's wedding. Or else, it'll be a night to remember.

But not in a good way.

You can watch part of the conversation in the video above.