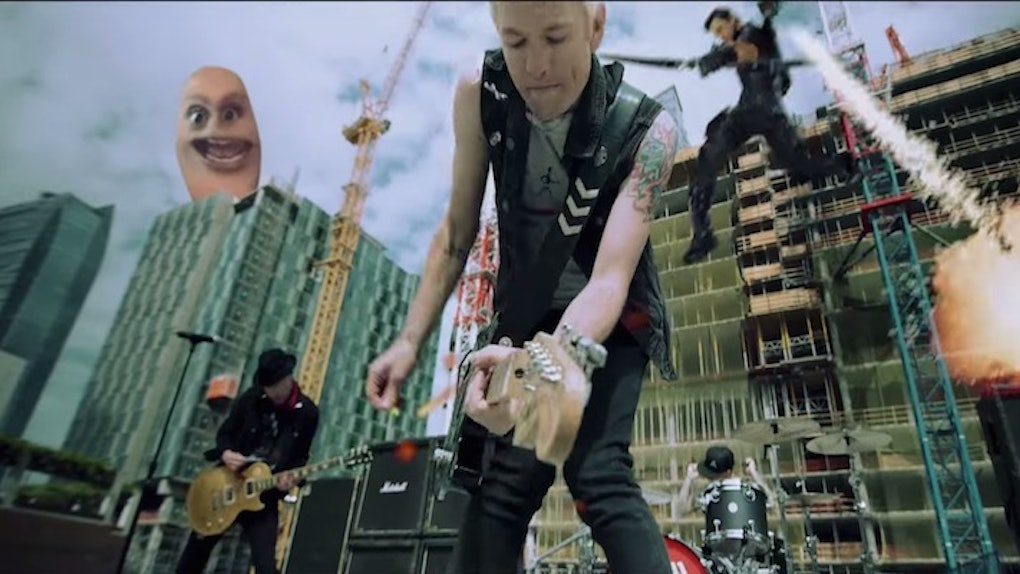 If there's one thing Sum 41 has always been known for, aside from having the band completely Yoko Ono'd by Avril Lavigne (WHY COULDN'T SHE HAVE DONE THAT TO GODDAMN NICKLEBACK WHEN SHE MARRIED CHAD KROEGER?!?!), it's their use of pop culture as a theme in their music videos.

Now that they're back after a five-year, not-entirely-unrelated-to-their-lead-singer-going-into-drug-rehab hiatus one of the major hurdles they face is staying relevant in 2016. How does a group of 30-something-year-old dudes who prided themselves on being able to make references to “The Osbournes” and early '00s wrestling in their music appeal to the Snapchat generation?

On Tuesday, the group released the music video for “Fake My Own Death,” off their new album 13 Voices (set to release in October) and it's choc-full-a internet culture. Notably featuring Kim Kardashian's famous "break the internet" behind destroying a city.

Nyan Cat, Kermit drinking a cup of tea, the concept of vomiting a rainbow, Miley Cyrus and Doge also all make appearances in the video, signaling Sum 41's seamless transition into the post-Millennial era.