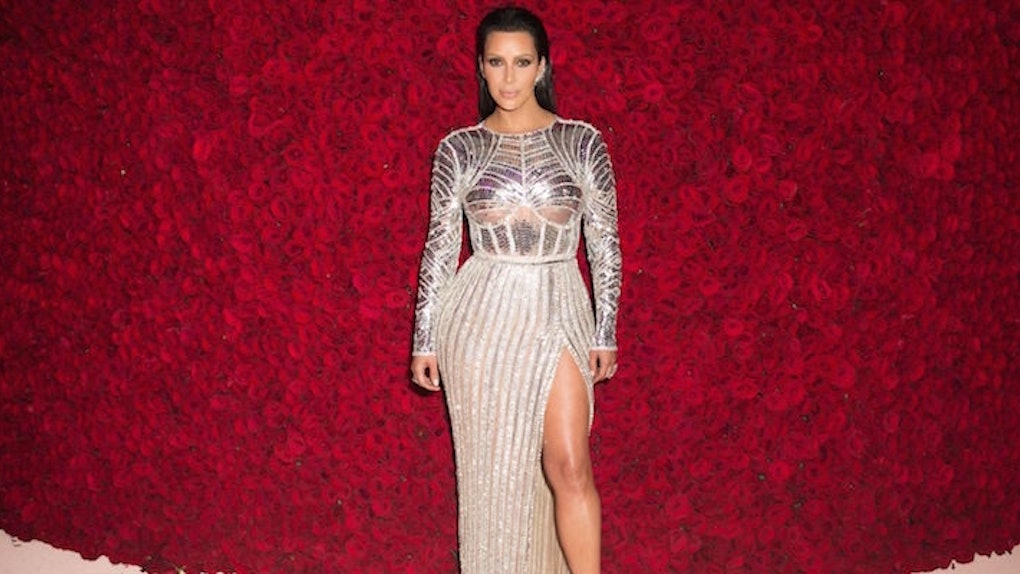 Is Kim Kardashian Actually Wearing Butt Pads In These Pictures?

KIM KARDASHIAN IS A GODDAMN SAINT. YOU'RE ALL MONSTERS FOR THINKING SHE WEARS BUTT PADS.

in·teg·ri·ty inˈteɡrədē/ noun The quality of being honest and having strong moral principles; moral uprightness. The state of being whole and undivided.

The great pyramid of trust is built on integrity. It is integrity that enables us to look at the personification of a larger idea and know the embodiment of that concept comes from a truthful place. Without it, it would be impossible to establish a meaningful connection with anyone.

Kim Kardashian has integrity. I know a lot of people will disagree with that statement, but it's true. She's been very open about her cosmetic history and she never claims to not be photoshopped on major photospreads. I'd actually argue because she KNOWS nobody looks at pictures of her and thinks they're authentic she never really HAS to let us know when her pictures are touched up, meaning she goes above and beyond whenever she addresses the “magic” Kim Kardashian does to become “Kim Kardashian.”

You want honesty and integrity? Look at this photo she posted on her website showing how much boob tape it takes to make her chest look like the backdoor of a truck carrying a bunch of globes broke open on the freeway.

Kim's been under fire this week after rumors of her wearing butt pads flooded the internet based on pictures taken at Khloé's 32nd birthday.

Kim Kardashian with a FAKE butt? That's like if we found out Ben & Jerry were lactose intolerant or Justin Bieber is actually a nice guy when the cameras are off.

Is Kim's behind all hype and no show?

The internet quickly rose to throw Kim's fake butt under the truck. However, if you look at the picture closely, this may be less about booty pads and more about booty "help."

Or, as Josh Groban would put it:

Still not getting it?

What about this? Does this shopping page help you figure out what I mean?

As fellow my Entertainment News writer, Taylor Ortega, put it,

So everyone cool down AND LEAVE KIM'S BUTT ALONE!