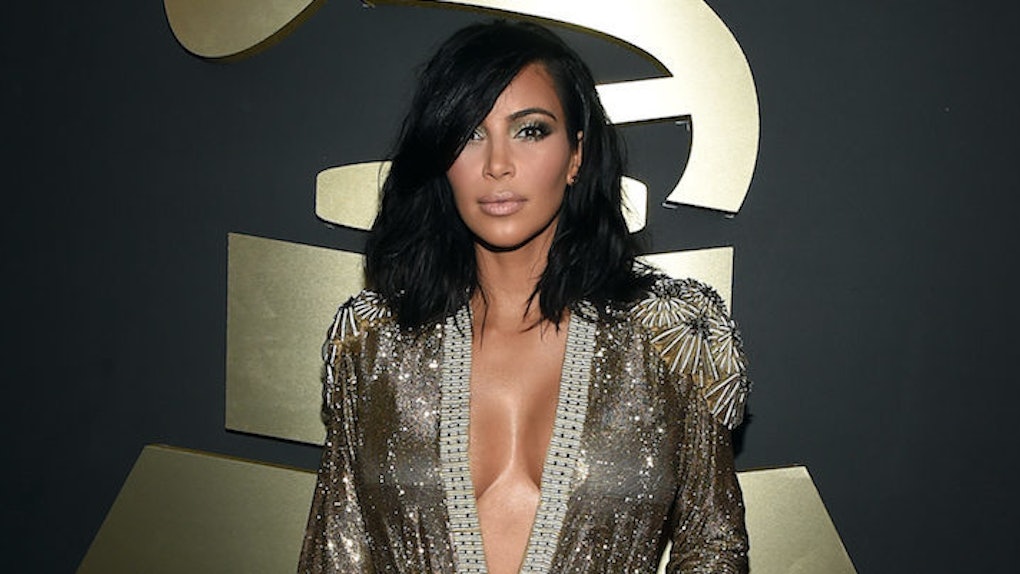 Kim Kardashian West just shared a picture of the low-level construction system she uses to keep her boobs up, and it's fascinating.

Full disclosure, I'm a dude. As a dude, I have a pretty basic idea of how girls do stuff to make themselves look the way they do.

One thing I do know, however, is women tend to use tape in order to keep their baby-feeders under wraps and as close to their chins as possible so they don't get arrested for being nude in an Arby's after a night of clubbing.

Kim Kardashian West takes the concept of boob tapin' to a whole new impressive level, according to this tweet she just sent out.

This is like a Rube Goldberg for making her boobs look like wrecking balls. I can only imagine the MIT and Cal Tech graduates who were hired with the task making Kim's chest look like IRL anime.

There are more pictures, by the way. You can check them all out on her app, where she candidly shared how in the past she used masking tape and packing tape before settling on Gaffer Tape to raise those puppies to the heavens.