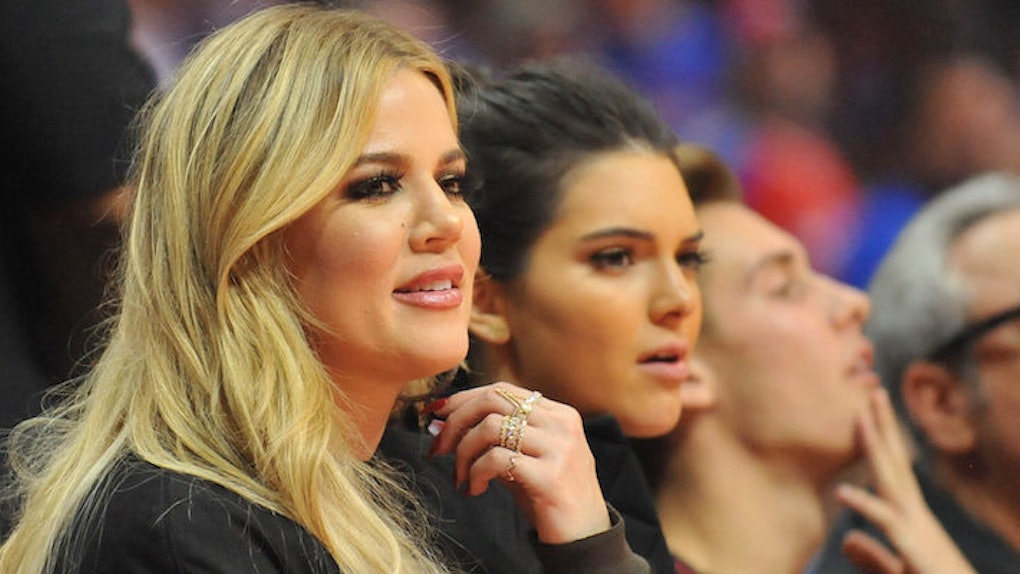 Khloé Kardashian Dishes On The Worst Breakup She Ever Went Through

Yeah, it sucks. But on the bright side? I can (almost) guarantee that no breakup, past or future, could match Khloé Kardashian's first breakup in terms of suckiness.

Over the weekend, KoKo wrote a post for her app about the first time she had her heart broken. And it is a doozy.

[My boyfriend] lived in LA but his mom lived in Atlanta, so on Valentine's Day, he told me he was going back home to Atlanta and just left and never came back.

WELL, IT GETS WORSE.

A time later, Khloé says, the dude (who is probably kicking himself in the balls right now, tbh) called her up and invited her to Atlanta. Ignoring her father's advice, Khloé obliged, only to be ditched again. She recalls:

The guy NEVER picked me up from the airport!!! He never showed! I got a voicemail from him and he said, 'I'm sorry. I can't do this.' I was 17, in Atlanta, with no money or credit cards.

(This was years before the Kardashian reign).

Anyway, Khloé called her sisters, who told her father, who got her a room at an Atlanta hotel and a next-day flight back to LA.

According to Khloé, they “never talked about it again,” which she was “so thankful for,” being heartbroken and embarrassed and probably kind of mad at herself for going in the first place.

Yeah, told you it was rough.

So if you're ever feeling bad about your dating life, just remember: Celebrities get ghosted too (and in Khloé's case, ghosted hard).

Citations: Khloé Kardashian Once Got Dumped In The Worst Possible Way (Cosmopolitan)