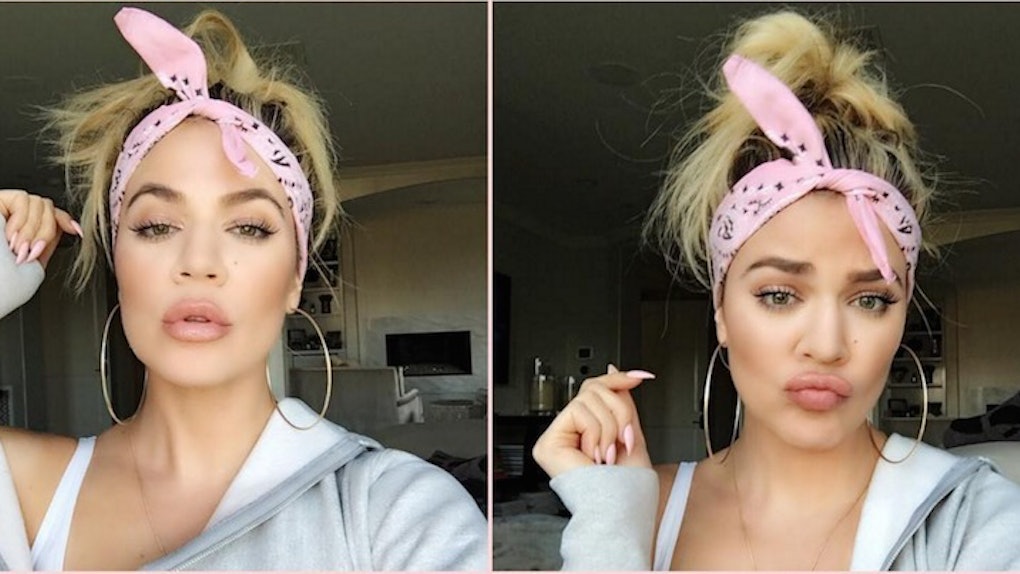 Khloé Kardashian's Biggest Fear Will Seriously Weird You Out

Khloé Kardashian had one of the oddest trains of thought of all time on her website and app recently.

In my mind, I always assumed the Kardashians had zero fears outside of the standard fears of death, illness and being paralyzed from your neck down only to question the meaning of happiness after you fall in love with your nurse -- played of course by Emilia Clarke (“Me Before You,” in theaters June 3).

But, it turns out at least one of the Kardashians has a relevant fear the rest of us can relate to aside from the three cardinal fears above.

You see, according to Khloé's website, everyone's favorite Kardashian (YEAH! I SAID IT) deals with fears of rejection from a previously unknown side gig… as well as a fear of something else.

I've done auditions for voiceover work. My agent brings them to me and I do them over the phone. I've auditioned for internet companies and cartoons, but haven't been booked yet.

It's so interesting – they'll give instructions like, 'sound like a young girl who's approachable.' What does that mean? You never tell them who you are, so your casting agent has no idea; you're submitting anonymously and being judged only off of your voice.

I hate belly buttons. You can't touch mine and I don't want to touch yours. When I'm in the shower, I wear hand mitts and I scream every time I wash my belly button, LOL!

Well, it turns out Khloé is just like the rest of us… sans that weird belly button thing. Seriously, WTF, Khloé?