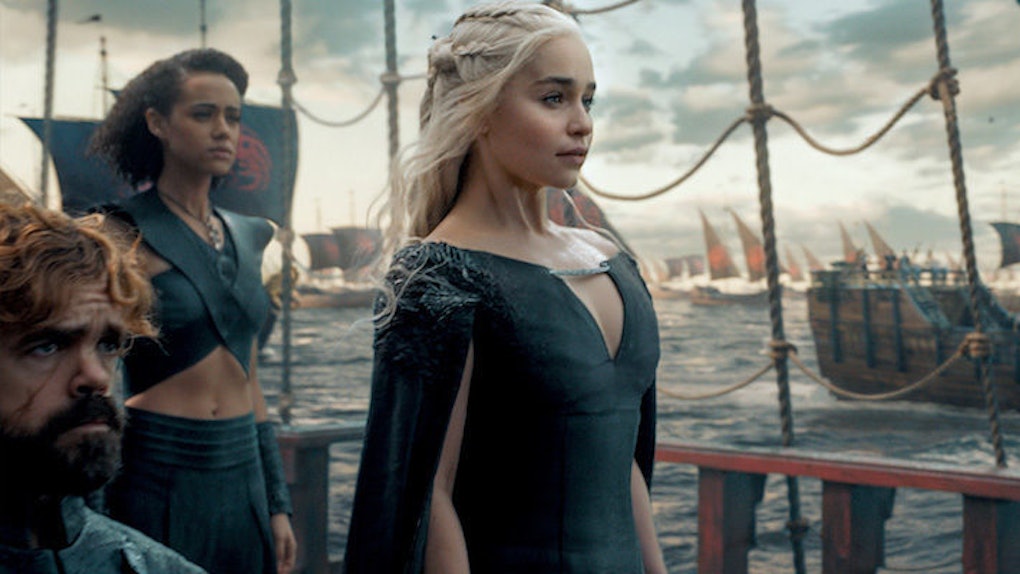 Season six of "Game of Thrones" came to an end last night, and a whole heck of a lot happened.

Now, I don't want to spoil anything for anyone, so if you haven't watched the finale yet, I suggest you leave now. Seriously, get out of here. Why are you still reading this? GO ALREADY!

If you have watched the season finale, you know Daenerys Targaryen, aka Khaleesi, aka your lord and savior, is finally headed to Westeros.

This is it, this is Dany's shot, and she's not about to throw it away. (Side note: Dany would totally love "Hamilton.") Khaleesi's going after that Iron Throne.

But just because she's playing the badass, confident Khaleesi, it doesn't mean actress Emilia Clarke has any more clue what's going to happen in season seven than you do.

In a recent interview with Entertainment Weekly, the 29-year-old actress said she really has no idea if Dany will be meeting Jon Snow anytime soon, despite the fact the two characters will soon be in the same place.

Considering how crazy this season has been, that answer is more than fair. Emilia's right -- who knows what might happen?

(Though if Khaleesi ends up dead, I quit everything.)

Emilia does know one thing for sure, though. She went on to say,

All I know is winter is coming… and I'm bringing the heat!

YAAAAAAS QWEEN! You better watch out for the Mother of Dragons, Jon Snow.