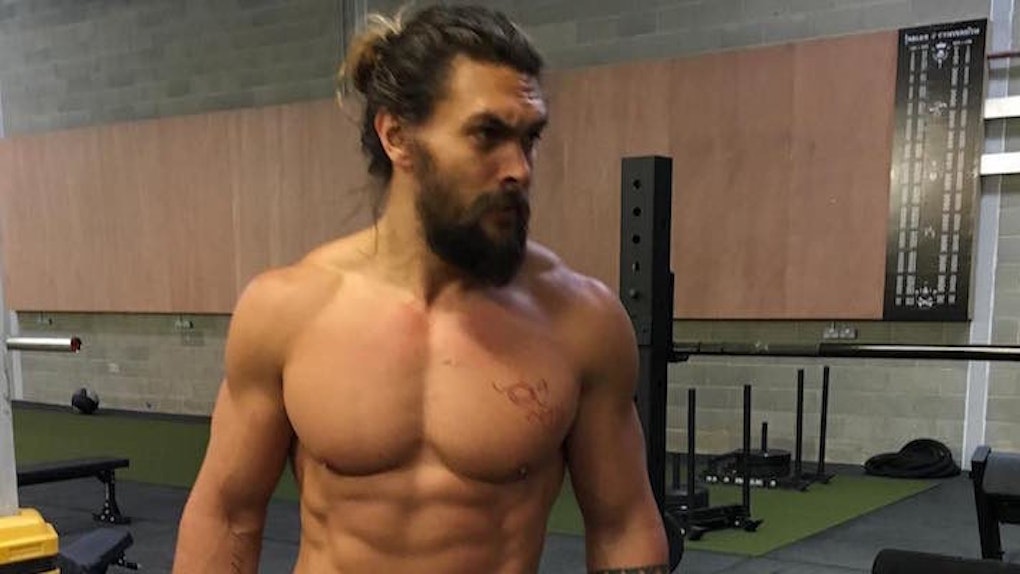 Ever since Jason Momoa's character as Khal Drogo died after a brawl during the first season of "Game of Thrones," things just haven't been the same.

Sure, there have been ZERO mentions of Drogo's return to the award-winning HBO series, but viewers still crave more of Momoa's epic role.

That's precisely why it's OK that we all use the 37-year-old's latest Instagram post to hope for the impossible.

Jason Momoa fueled speculation that he could be making a return to his role as Khal Drogo in "Game of Thrones" after posting a photo on Instagram. Now, this wasn't just ANY photo.

Cheeeeehhoooooooooo. @Guinness in Ireland. Drinking mothers milk With my brothers @captainriff Dan and David. Love ya. GOT greatest show on earth. ALOHA, DROGO.

Momoa is clearly sipping on a Guinness in Northern Ireland with the creators of the series, David Benioff and D.B. Weiss.

Fans immediately began freaking out. I mean, what is this supposed to be, Jason? Are you making a triumphant return to your short-lived role or are you just pulling our collective leg?!

Time will certainly tell, but if one thing's for sure -- it's not impossible. Even diehard fans know it could very well happen.

According to US Weekly, Jason Momoa recently wrapped up filming for his role in as Aquaman in the upcoming 2017 release of "Justice League."

Momoa was splitting his time between England and Ireland throughout filming.

In other words, with Momoa clearly being back in Ireland and no longer being preoccupied with filming other projects, there could be a major plot twist in store for "Game of Thrones" fans.

Still, there haven't been any other hints from the 37-year-old actor regarding a season seven return.

For now, we'll assume he just went to Ireland to drink A LOT of Guinness.