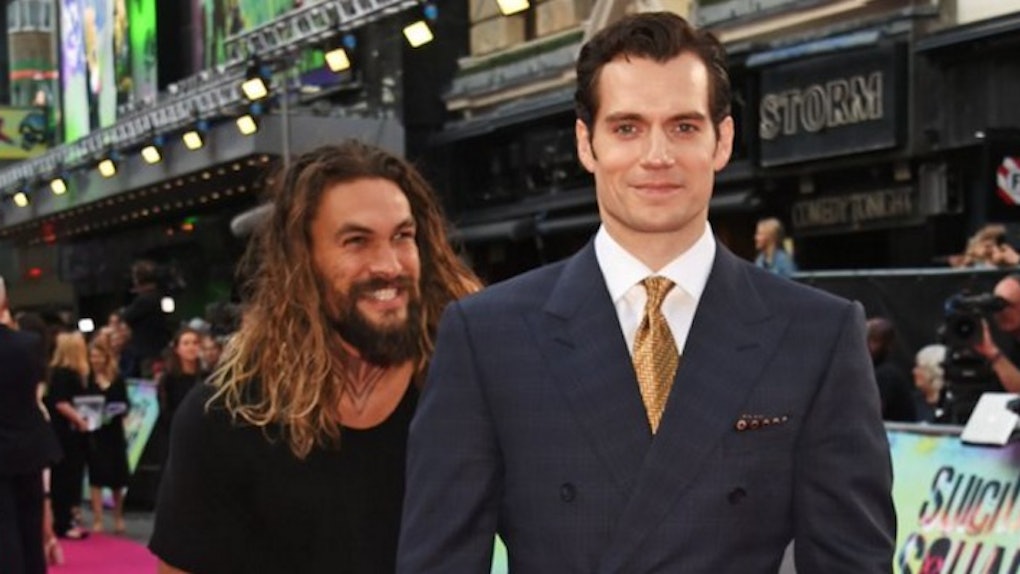 If you're an avid Game of Thrones viewer, there's a big chance Khal Drogo is one of your favorite characters.

And if Khal Drogo is one of your favorite characters, then you appreciate how well actor Jason Momoa plays the role of the warlord of the Dothraki people.

So, what's Momoa up to these days?

It turns out the 37-year-old actor is filming the upcoming DC Comics film "Justice League" alongside actor Henry Cavill, who gained recognition back in 2013 for his role as Superman in "Man of Steel."

Aside from working on set with each other, it appears that they might actually be best buds.

Jason Momoa and Henry Cavill's BFF-ship came to light while Cavill posed for photos at the premiere of "Suicide Squad" in London.

Jason carefully waited for the right moment to pounce (literally) on Henry.

Amazingly, Henry was able to maintain his composure despite the random surprise.

When Henry finally turned around to see who was "attacking" him, it was all love.

Now THIS is the definition of a true bromance.