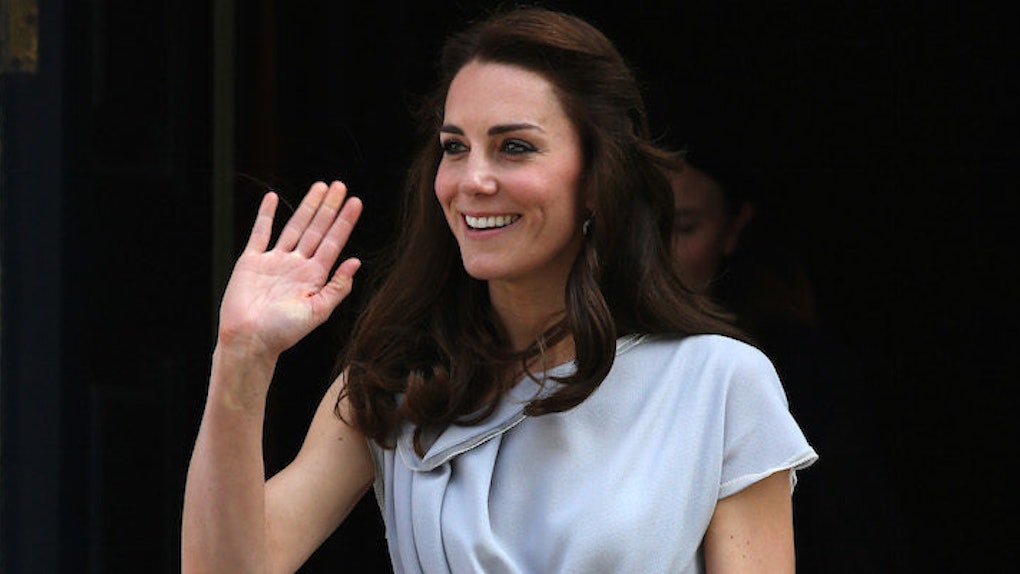 How To Satisfy Your Sweet Tooth While On A Diet, According To Kate Middleton

I don't know if you noticed, but Kate Middleton, the mother of two very young kids, is looking extremely svelte these days.

Because I've been forced to add her super slim figure to the list of reasons I'm jealous of the Duchess of Cambridge (second to "marrying a prince," of course), I decided it was time to get to the bottom of what was going on.

Is it really possible to look that good when you gave birth not that long ago?

Yes, yes it is. Especially when you are consistently saying "no" to cookies and ice cream, as Middleton is. According to the International Business Times, when a sugar craving hits, Middleton simply blends up almond milk and berries.

Um, that's a super healthy breakfast, Kate. Not a dessert.

Not so fast, though. Sometimes, she gets a little bit wild and snacks on a small amount of dark chocolate and gummy candies. Hey! I do that, too -- except in large amounts.

While her discipline is certainly impressive, Kate isn't the only Middleton who's killing the body game.

Her sister Pippa is all about maintaining a slim, toned physique as well. She even released a 10-week workout routine for the British grocery store Waitrose's website, which includes a lot of walking, as well as glute, ab and arm exercises.

Yup, those two are killing it.

BRB, going to go stick some blueberries and almond milk in a blender while gazing longingly at a pint of chocolate ice cream.