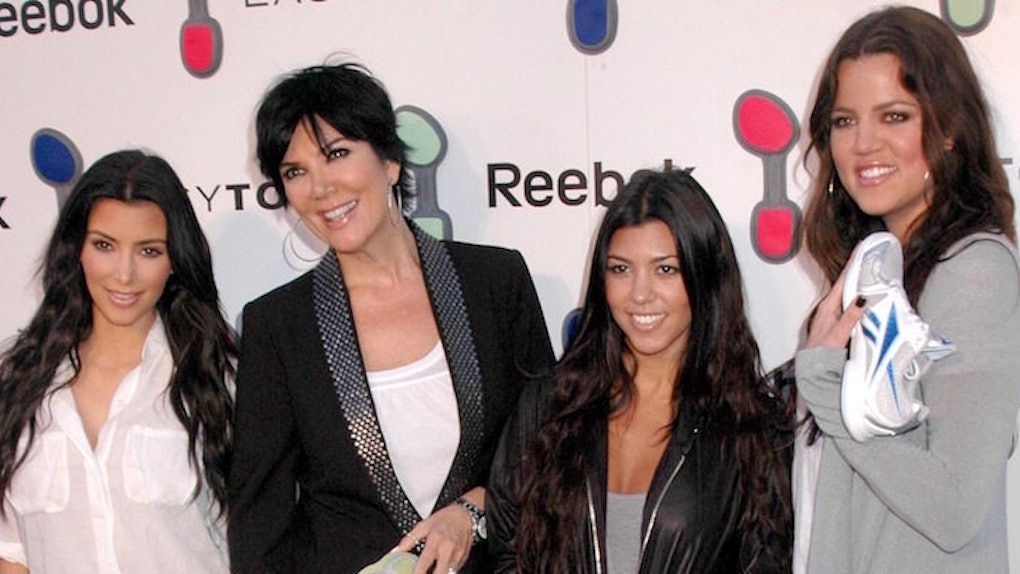 The Kardashians May Be Insufferable, But America Created Them

Although public disdain for anything and everything Kardashian is nothing new, the latest celebrities to air their grievances recently are Tim Gunn and Rebel Wilson.

Gunn called the Kardashians “vulgar” and “distasteful,” and implied they are unworthy of their status in the fashion industry.

Wilson has echoed this sentiment that they have not earned their status in Hollywood:

They aren’t really about talent. I don’t hate them individually, but what they stand for is totally different to what I stand for.

These criticisms are nothing new.

Personally, the very notion of reality stars being automatically newsworthy leaves a bad taste in my mouth.

The overexposure of everything connected to the Kardashian clan is nauseating. We don’t need to search for reasons why they are so publicly panned and hated.

Queen Oprah herself came forward this week in a rare show of support for the Kardashians, saying their work ethic is solid, regardless of how you might feel about them:

People don’t understand that ... to really create a reality series that looks like something’s actually happening, it means you have to be on all the time. I couldn’t believe how hard they worked. We were there for seven hours and they were gonna tape another seven hours after I left. No matter who you are, that is work.

And here lies the crux of the matter: Regardless of how we want to see it, what they do is a job.

It has a contract, long hours, expectations, requirements they have to meet and yes, pays more than your average crappy retail gig.

Is it hard in the same way as, say, working in the coal mines? Obviously not. But it still requires a solid work ethic from its participants.

Be honest with yourself; could you do that job?

Could you handle an invasive camera crew following you around every second of the day, recording every comment that spills out of your mouth, no matter how embarrassing, rude or well-meaning?

Could you handle having your face shown close up close in front of millions of strangers around the world?

How about strangers who then talk openly and cruelly about things you’re insecure about in detail?

Could you handle having vicious rumors spread about you and your loved ones on the cover of the press every other day?

I cannot even imagine how a person copes with such crippling overexposure, let alone invites it.

Frankly, it makes sense to me the Kardashians have, in turn, developed such mega egos to cope with it all, and for that reason it doesn’t bother me.

It doesn’t hurt anyone, and if it helps them cope with fame then let them be.

As someone who can think of nothing worse than being a celebrity, I automatically give kudos to anyone who can navigate fame without going totally batsh*t crazy.

And that’s the thing. Aside from their bloated egos, you have to admit they’re pretty harmless as far as celebrities go.

The Kardashians aren’t known for their partying, drug addictions or DUIs, but rather their family squabbles and petty grievances.

They are by no means darling role models, but they’re hardly a clan of Antichrists either.

So what makes them so despicable and insufferable?

That they are vacuous, superficial, petty and vain?

That they have more money than sense?

Yes, in part. But there are plenty of far worse people in the world that don’t receive a fraction of the hate we reserve for the Kardashians.

The real reason we hate them so much is because every mundane detail of their lives is made public knowledge the second they do or say anything.

We don’t hate the Kardashians; we hate the way the tabloids and media constantly expose them to us.

They define modern pop culture the same way Paris Hilton and Nicole Richie did in the early 2000s.

They were inescapable and insufferable. Everyone knew who they were, regardless of whether you loved them or dreamed about throwing them off a steep cliff.

Feminist icon Gloria Steinem was once prodded to give a few disparaging comments on the Kardashians and how they affect other women, yet she responded with this:

No, they're not empowering other women, but there's no point in blaming the people who take advantage of the system without changing the system. Imagine if this were a family of boys. If men were rewarded for the same things, they would be doing it too.

This sentiment says it all.

The Kardashians are not forcing themselves on the public, but merely manipulating a system to their advantage.

It's a system that rewards shocking and detestable behavior, over-sexualization of women and churns obnoxious personalities into a new form of entertainment.

Reality TV isn’t about lovely, intelligent and grounded individuals because that doesn’t shock people, pull them in or make money. Bold and abrasive personalities do, and that’s why the Kardashians reign supreme.

Can we really get angry at them for taking advantage of the opportunity of having their face thrown on every magazine around the world?

They’re not exactly down at People magazine's offices with a gun to the editor’s head demanding more coverage. It’s simple supply and demand.

Every time you comment on an article about them, click on a story or hate-Google them in a fit of rage at their existence, understand all you’re doing is fanning the fire.

Unfortunately the saying, “all publicity is good publicity” holds true.

Every bit of attention they get, even if 90 percent of it is hateful, tells the media they are still relevant, people are interested and there is a lot of money in using the word “Kardashian” in a headline.

While I am by no means an advocate or admirer for the Kardashians, I don’t blame them for my struggle in navigating the media each day, trying in vain to avoid any story about what the family is up to.

It’s the media’s fault and our fault.

I’m not saying you have to like them, start watching their insipid TV series or buy any of their products.

But instead of ranting about how they represent the downfall of modern society, try to remember they are not to blame.

They are Frankenstein’s monster of the Internet age, and we made them that way.