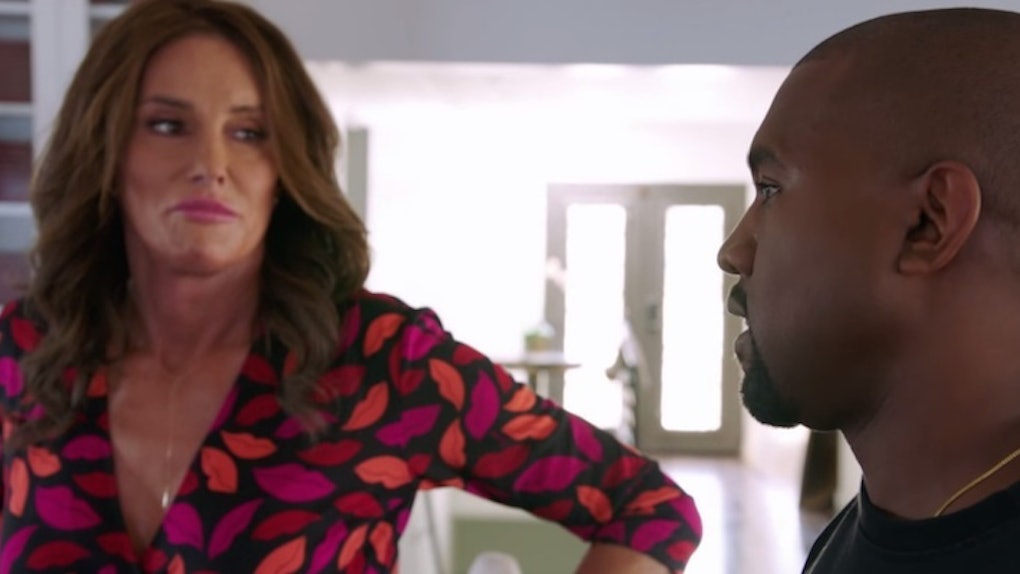 Say what you want about Kanye, but there’s no denying he’s a good guy -- especially after this clip from “I Am Cait.”

In the video, Kanye, along with his pregnant wife, Kim, arrives at Caitlyn Jenner’s house to meet her family for the first time.

While there, he launches into an archetypal Kanye speech, praising Caitlyn for her bravery during her transition.

Human beings are so controlled by perception. You couldn’t have been up against more, like, you’re daughter is a supermodel, you’re a celebrity, every type of thing… and it was still, like, ‘F*ck everybody, this is who I am.’

Also in the clip, Caitlyn reveals she’s "never really been close" to Kanye, but she appreciates him for how much he helped Kim come to terms with her transition.

Check out the clip up top, and you can catch “I Am Cait” Sundays on E!.