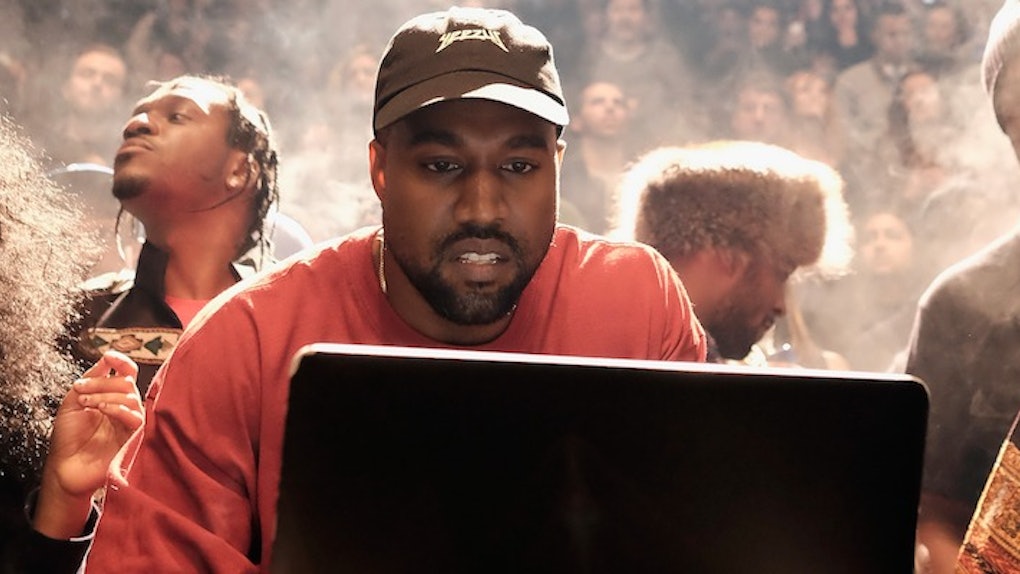 Kanye West Says He'll Get An Instagram, But Only Under One Condition

As you scroll through your Instagram feed, you'll notice one thing in particular: Kanye West is nowhere to be found -- ever.

That's right, everyone's favorite controversial, uncontrollably outspoken celebrity never had an official Instagram account. This comes as a huge surprise given the fact West is clearly obsessed with the concept of social media!

Kanye took to his Twitter account on Monday morning to announce he's been "thinking about getting an Instagram." Well, Kanye, you came to the right place.

Welcome to the Internet, where you can make your wildest dreams come true with just the click of a button.

After announcing he might finally be making his way onto the photo-sharing platform, he went on to say he'll only create an account under one condition: No one is allowed to complain about it.

Oh, Kanye, the world just doesn't work like that, bud!

Check out the tweets/massive rant below for a closer look.

My tweets are a form of contemporary art only compromised by people trying to tell me what to tweet and not to tweet... — KANYE WEST (@kanyewest) March 14, 2016

The Chicago native has yet to give any further details, but I'm sure when he's ready, he'll just blow your news feed up with 10 straight tweets announcing he's about to announce something!

Citations: Kanye West Will Join Instagram Under One Condition (Billboard)