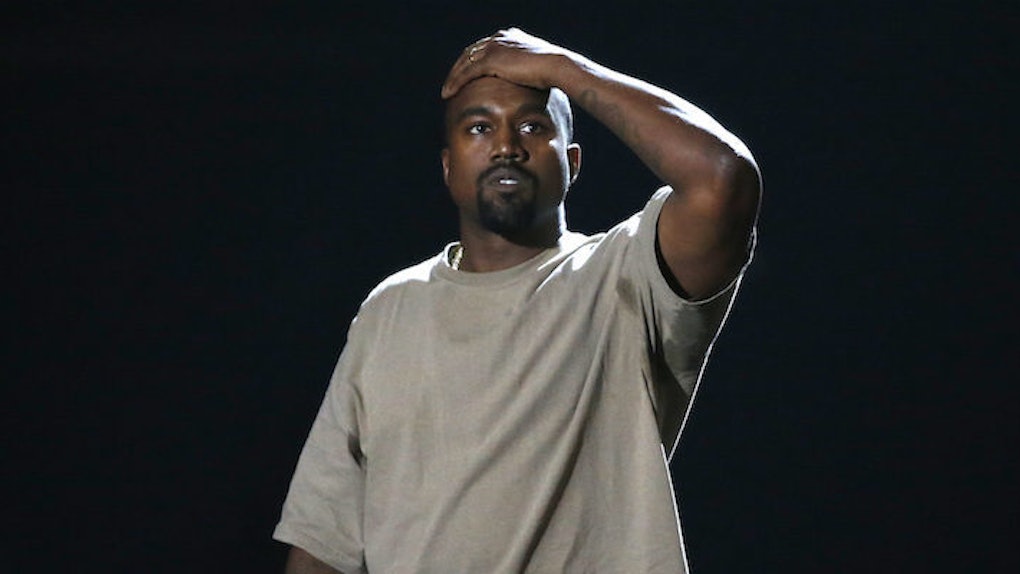 Kanye West wants fans to understand one thing: He only says offensive things because it's his duty to tell the truth.

While performing in Manila, Philippines over the weekend, 'Ye paused mid-show to address the “bad blood” between himself and Taylor Swift.

After performing “Famous,” West defended his infamous outburst during the 2009 MTV Video Music Awards, arguing he only said “what everyone else was thinking.”

That night when I went onstage was the beginning of the end of my life. Lady Gaga cancelled the tour the next day. You know what night I'm talking about -- when I just said what everybody else was thinking. So if I get in trouble for saying the truth, what's being said the rest of the time?

Then, addressing his track "Famous" -- in which he, again, insulted Swift (this time by claiming he "made that b*tch famous") -- 'Ye said,

Cool speech and all, 'Ye, but there's one problem: None of us were thinking “Kanye made Taylor famous."

We're going to have to go #TeamTay on this one.

Citations: Kanye West on Controversial Taylor Swift Lyric: 'I Just Said What Everybody Else Was Thinking' (TIME)