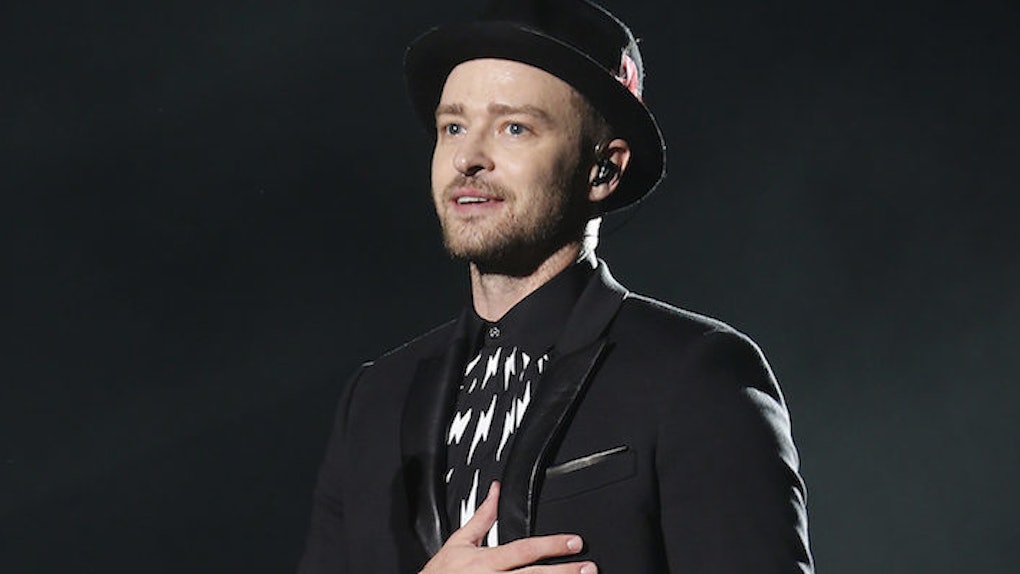 Look, Justin Timberlake is very talented at very many things. Keeping his mouth shut when he should apparently isn't one of those talents.

Justin Timberlake then tweeted his support of the actor's speech, saying Williams "inspired" him.

This is all fine so far. But here's where it all went wrong.

Someone replied to Timberlake's tweet, highlighting a common criticism of the 35-year-old singer's work: His career is built on borrowing music from black musicians, i.e., R&B and soul.

The Twitter user also made a reference to the 20o4 Superbowl halftime show, where Timberlake accidentally revealed Janet Jackson's nipple on live television.

The smart thing for Timberlake to have done in response to this tweet was nothing. It sucks to get criticized for every little thing, but that's kind of what happens when you have 55.6 million follows on Twitter.

But unfortunately, "nothing" is NOT what he did. Instead, he retweeted the user with this response.

Yeah. Unsurprisingly, a lot of people weren't very happy with his response.

After all, while the original criticism may have been harsh for a man who was just trying to show his support for Williams, it was still based in fact.

And the response from Timberlake was not only laced in condescension but also suggested Timberlake, a white entertainer, is "the same" as the black entertainers who face many more challenges than he does.

@jtimberlake how have you been in the industry for decades and have not spoke ONCE about black rights? But you consider yourself one of us? — shelly from da block (@OhItsShell_) June 27, 2016

@jtimberlake go ahead be inspired, but you have a platform to speak up on issues that affect the cultures you're appropriating. — lizzy avila-morales (@_LIZZYPANTZ) June 27, 2016

.@jtimberlake @MrErnestOwens You dismissed them like they were some troll instead of someone bringing up a valid point. — Camryn Garrett (@dancingofpens) June 27, 2016

So JT was forced to apologize... which he sort of did.

It's basically your run-of-the-mill "sorry if I offended you but not sorry I said it" pseudo apology.

Well, at least he realizes he shouldn't have responded. I guess that's something.