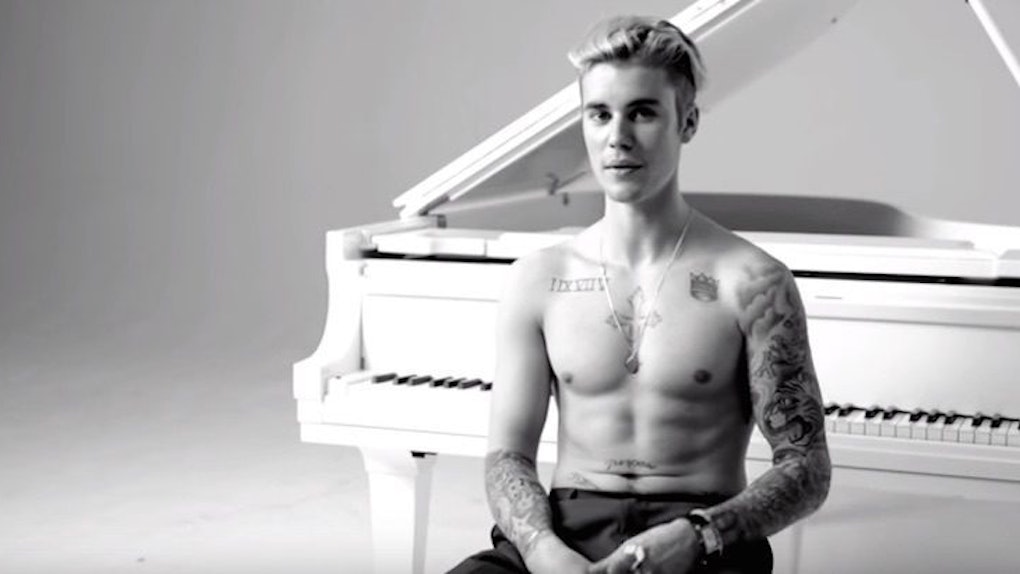 It's pretty common knowledge at this point Justin Bieber dated Selena Gomez for several years when they were just teens.

They were head over heels in love, so their breakup was one of the most tragic moments in history (no exaggeration).

However, some people don't know -- or just forget -- JB has a tattoo of Selena as an angel on his left wrist.

In a new video with GQ, Justin gives the story behind his tattoos. He goes through them all, one by one, and explains their significance and when he got them.

When he finally gets to the tattoo of Selena, he says,

Uh, this is my ex-girlfriend, so I kind of try to cover her face up with some shading, but people still know.

Justin, I hate to break it to you, but I think the world will FOREVER know that angel face is Selena Gomez. You could be 100 years old, and we'd all still know who that was.

Hopefully by then you'll be back together with Selena and married with kids, but HEY, that's a different story.

Anyway, check out the video above to see for yourself.

PS. Justin is shirtless literally the entire time, so it's worth the watch just for that.