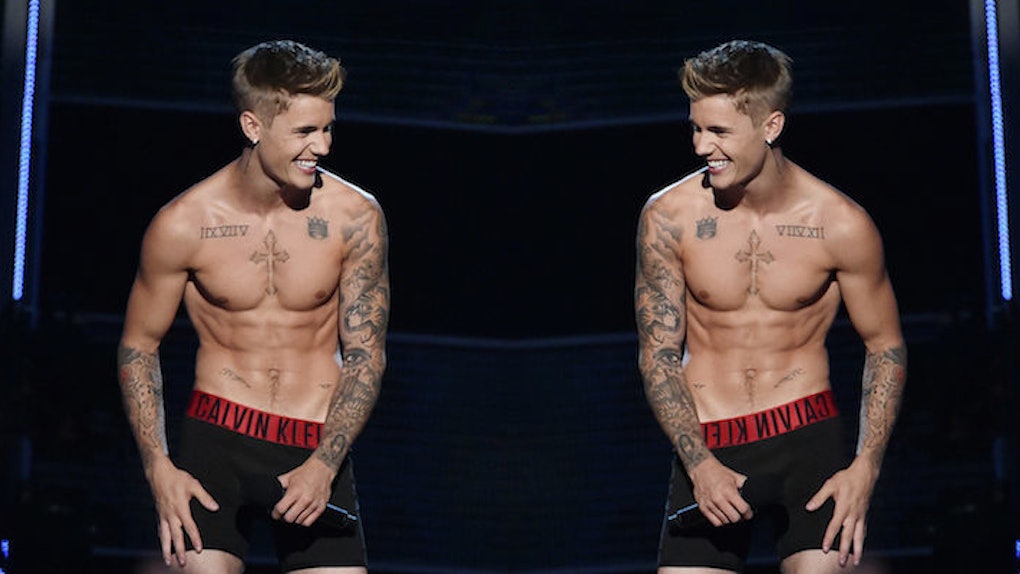 Hey, everybody! You can kind of see Justin Bieber's dick in this thing!

Here's the scoop: Justin Bieber uploaded a sneak peek of his Calvin Klein underwear ad last night, and it is a LOT of Justin to take in.

OK, yes, I know we've all actually seen Biebs' 100 percent-authentic peen IRL, and you can't actually really see his dong in this Instagram post, but who are you kidding?

Of course, you're going to look at this underwear ad. You know you are, I know you are and the marketing geniuses who made Justin, Kendall Jenner, Fetty Wap and Kendrick Lamar the faces of Calvin Klein know you are.

So, stop acting coy and just look at this ad Justin uploaded to his Instagram last night. Then, you can get on with your life.

YOU WANT MORE?! Of course, you want more.

Kendall Jenner also posted a sneak peek of her ad to her Insta... WTF!? Is this “A Clockwork Orange” or a Calvin Klein commercial?! Jesus Christ, Kendall.

Fetty Wap posted his ad to Instagram, and he explained how money works.

Why do I feel like FKA twigs was the only one who put any real effort into her ad?

Not too shabby, Calvin.