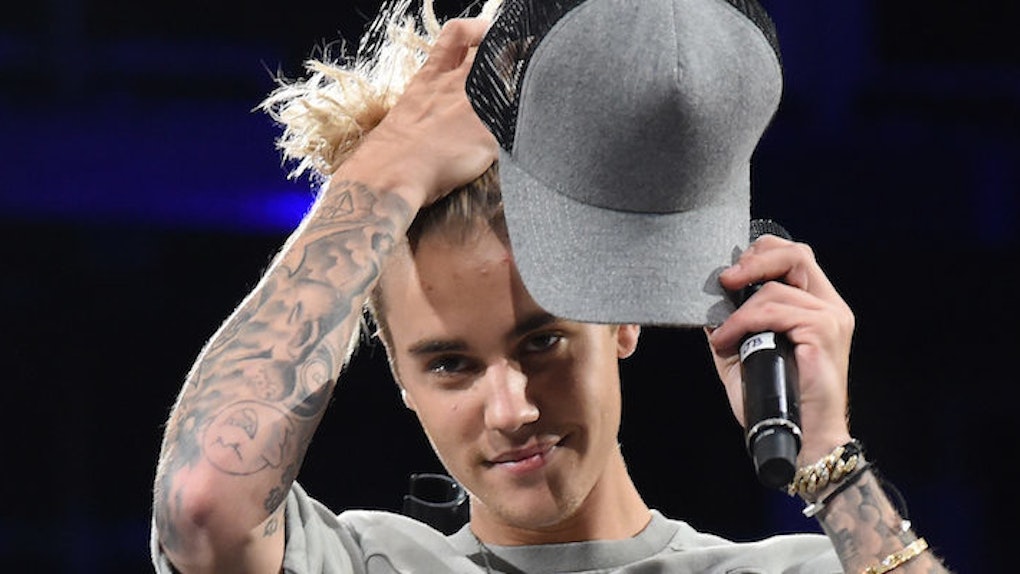 The forces of the universe aligned today and brought together two of the Internet's most hotly debated topics: the Biebs and the man bun.

Yup, pop star/human disaster Justin Bieber has been spotted rocking a tiny nub of blonde locks on the back of his head.

You can see the damning evidence for yourself in the picture taken of him attending a gala dinner this weekend, as well as his own Instagram last week.

Is this the start of a man bun for Justin Bieber? pic.twitter.com/HiHLfYaC1z — Tangle Teezer (@tangleteezer) January 10, 2016

Personally, I kind of like man buns (or, as I like to call them, "buns"), but we are a nation divided on the issue. The Internet has taken to Twitter to weigh in on Justin's new 'do.

Some people are 100 percent on board with the Bieber/man bun combo.

Some are not so on board with the man bun trend, but they're willing to make an exception for their baby boo.

Others are feeling a little betrayed.

And others are just straight up baffled.

It's really a confusing time for us all, I think.

There's definitely at least SOME kind of feeling there, what that feeling is, it's not yet quite clear.