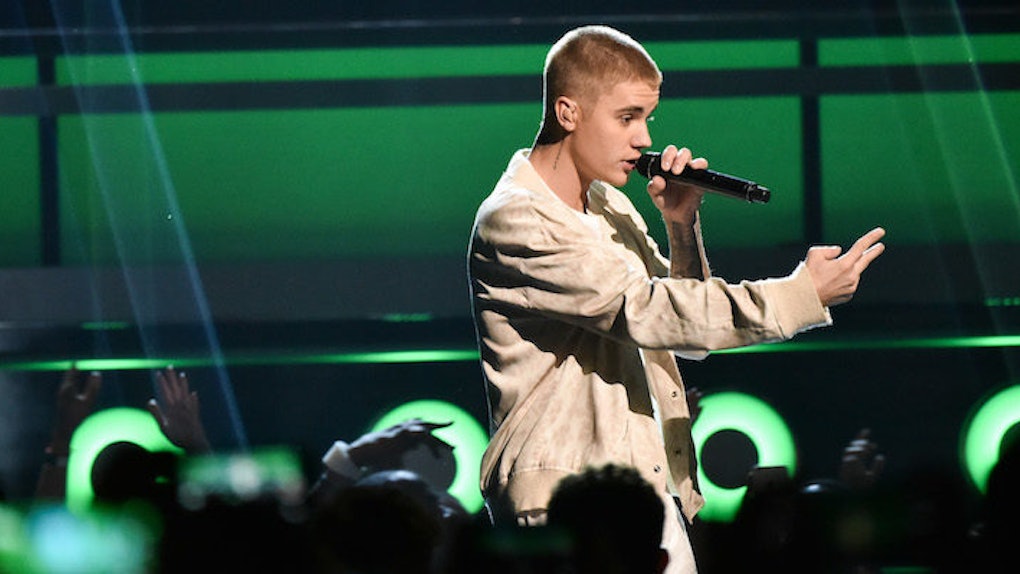 Even though literally no one asked for it, Justin Bieber decided to share his opinion on award shows the day after he performed at the 2016 Billboard Music Awards.

In a long paragraph on Instagram, inexplicably paired with a photo of a castle with some sheep, the Biebs spoke about how "hollow" and unfulfilling he finds attending award shows.

In the caption, he wrote,

I don't know about these award shows.. No disrespect to anybody at any of the shows or the people running it. Nothing but love for you guys and your support. But I don't feel good when I'm there nor after. I try to think of it as a celebration but can't help feeling like people are rating and grading my performance. A lot of people in the audience there to be seem worried about how much camera time they will get or who they can network with. When I'm doing a regular show I feel they are there for the right reasons and to strictly have a good time! But these award shows seem so hollow. I get the premise is to award people for their accomplishments, but is it really? Because when I look in the audience I see a bunch of fake smiles so that when the camera hits them they look happy. Sure there are people truly proud of others so I don't want to knock them I'm just looking at the vast majority. I just think to myself if I'm living my purpose I want the reward to be fulfillment. I'm getting awarded for the things that I'm doing and not for who I am which is understandable I know it would probably be hard to calculate and award someone's spirit lol. But When I do get these awards the temptation of putting my worth in what I do is so hard to fight!!!I am privileged and honored to be recognized by my peers in but in these settings I can't feel the recognition. There's an authenticity missing that I crave! And I wonder does anybody else.. Sorry not sorry about grammar it's not my strong point

Justin followed the Instagram post with yet another Insta -- this time a picture of himself with text on top that read,

We all get caught up in striving for the approval of others.

Honestly, I couldn't write a Bieber parody as on brand as this Instagram.

I guess this means the Biebs didn't enjoy his performance at the Billboard Music Awards last night, and that maybe explains the kinda weird acceptance speech he gave.

Maybe we should all expect to see less of the Biebs at award shows in the future. I know we'll all be heartbroken.