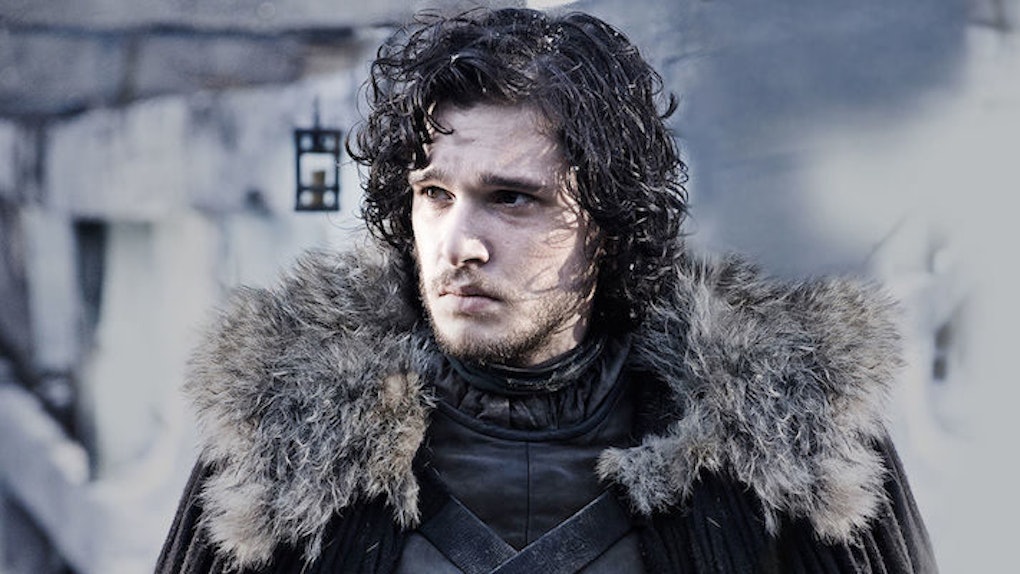 The guy who plays Jon Snow got into a fight at McDonald's before he auditioned for "Game of Thrones," which is the most Jon Snow thing I've ever heard.

Kit Harington is 29 and has been playing the bastard Jon Snow for five years now. He's totally mature and would never get into a fist fight at a fast food restaurant... probably.

But back when he was a mere youngin', right before he became Jon Snow, he got a black eye from a dude at McDonald's.

In an interview with W magazine, Kit explained how it was he showed up to his "Game of Thrones" audition with a bruise on his face.

Watch this video on The Scene.

I got in this fight with this guy at McDonald's. I went into McDonalds with this girl I was sort of dating at the time... [This guy] quite quickly started to be really rude to the woman I was with, calling her names... Then he called her something like an ugly pig or something worse and I got up. I said, 'No you can't call her that, get up.' So I called him up for a fight, which I had never done before.

Getting into a physical fight the night before a big audition is an interesting strategy, Kit. But apparently he thinks it might have helped him snag the role.

He got up and he just kept [getting taller] and I realized that I had to, at that point, throw the first punch — otherwise I'd look like a complete wimp. And I got battered. So then I went to the Jon Snow audition with a black eye, which I think that man who punched me in the face may have helped me get the job. So, if you're watching, thank you!

Well, shout out to that jerk face in McDonald's for getting us the Jon Snow we all know and love!

Citations: Kit Harington Got Into a Fight at McDonald's Before 'Game of Thrones' Audition (Us Weekly)