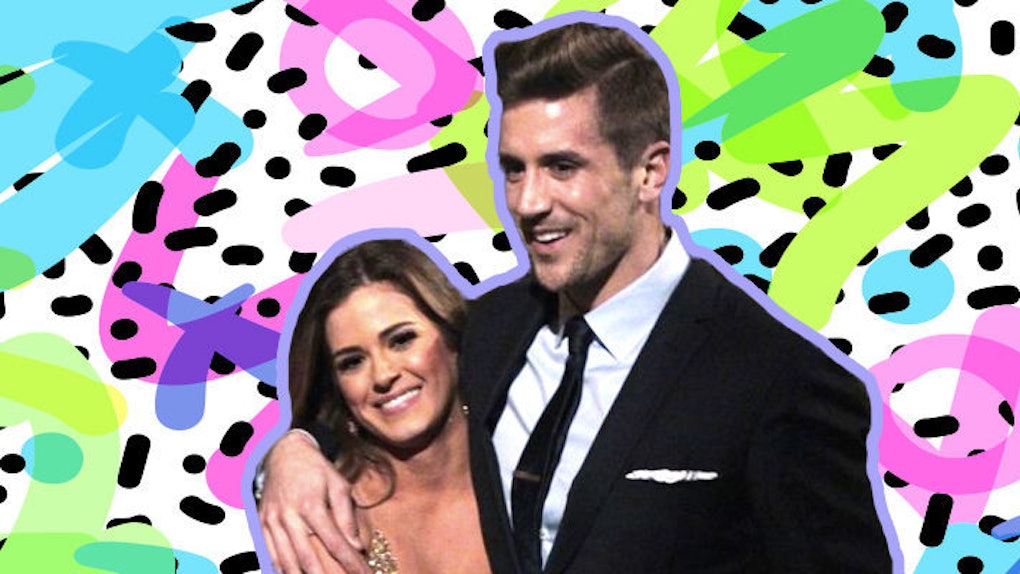 The finale of “The Bachelorette” aired last night, and as we watched JoJo choose her true love, Jordan Rodgers, we watched her finally receive everything she'd ever hoped for in life.

It's no secret ol' JoJo has been eager to befriend Jordan's estranged brother, pro footballer Aaron Rodgers, for basically the entire duration of the show.

Unfortunately for the future Mrs. Jordan Rodgers, her fiancé and his brother remain frosty toward one another, PEOPLE reports.

During Monday's “After the Final Rose” special, host Chris Harrison asked JoJo whether she'd met the Greenbay Packers quarterback yet.

It's the same situation that it's been, but it's not something that we – it's not the focus for us right now, it's about us.

In his response, Jordan repeatedly couched the word “family” in a bunch of vague nothingness.

Anything with my family, JoJo's been a part of my family, and any conversations we have about that moving forward are with us and about us, and we're excited about starting that journey with our families. I'll be in Dallas closer to her family, and so we're ready for that.

PS. My family families in Familytown on Familyday.

Aaron, who not long ago told a Wisconsin news outlet he didn't watch the show, probbbbbably didn't catch the “AFTER” special. But Jordan, who admitted the situation between him and Aaron is “tough,” has luckily found someone new to occupy his time and his heart.

It's JoJo. I'm talking about JoJo.