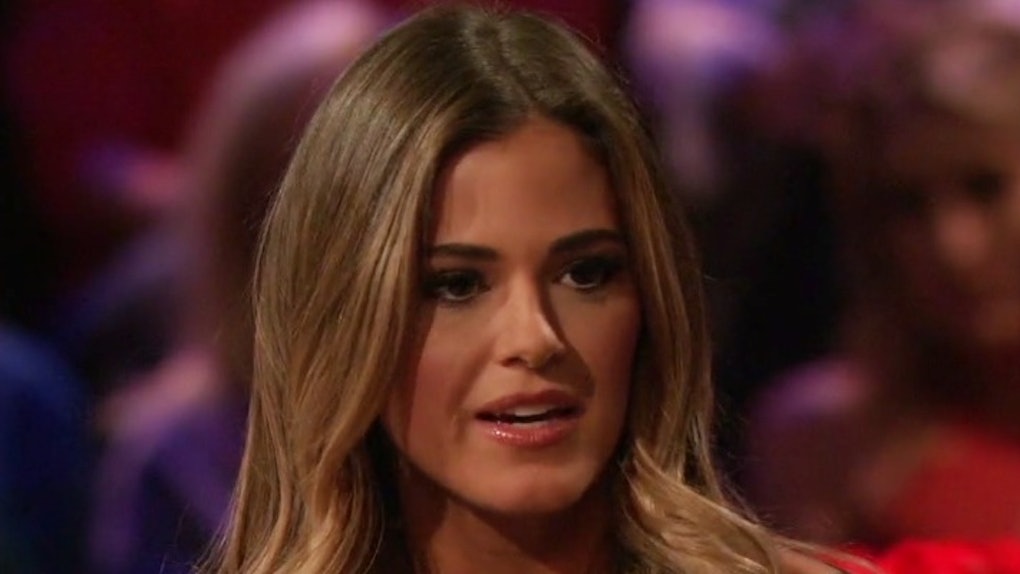 JoJo did something last night on The Bachelorette that I'm pretty sure every woman has done before.

After confronting Jordan on their one-on-one date about what she'd heard from his ex -- that he was a bad boyfriend, that he could have potentially cheated and that he wasn't really committed to that relationship overall -- she asked him if he was "mad." Mad.

As much as I want to, I can't blame JoJo for this. A woman's fear of coming off as crazy will make her do some actually crazy things: She will apologize for actions that don't warrant an apology, she will stifle down her emotions and she will assume asking a guy she's dating a very legitimate question about something she'd heard about him is wrong.

It's not unreasonable for a girl who's falling for a guy and doesn't want him to hurt her to inquire about past negative behavior. And what's ironic about all this is that JoJo should have been the one who was mad. Who wants to date a guy whose ex said he was a shitty boyfriend? Sure, there could be some bad blood that might cause the ex to say some wrong things about the guy, but JoJo doesn't know if that's true or not. All she's going off of is what she heard.

Ladies, let's all learn a lesson from JoJo's moment of unwarranted insecurity and never apologize for being real about your feelings.