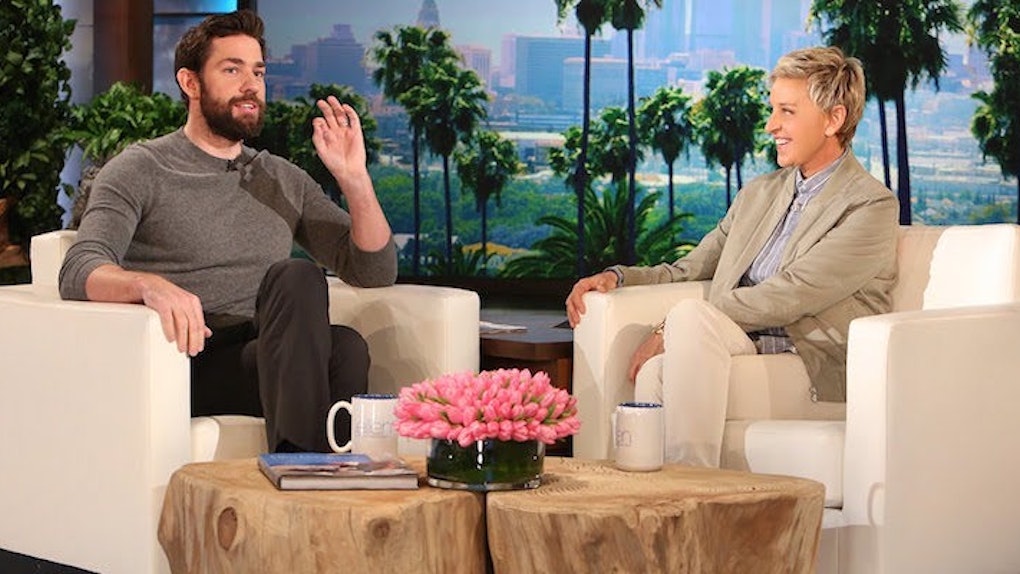 In this interview with Ellen DeGeneres, in addition to looking particularly lumbersexual, John gushed about his almost 2-year-old daughter, Hazel, like the proudest father in the world.

Apparently, Hazel is adopting her mother's, aka Emily Blunt's, accent. John imitating a toddler with a British accent is going to give me life for days.

He also talks about sitting with our boy Leonardo DiCaprio at the Golden Globe Awards, confirming his little girl has the Coolest. Dad. Ever.

Seriously, how do I get her childhood?

Citations: John Krasinski on His Encounter With Leonardo DiCaprio at the Golden Globes: "I Felt Pretty Stupid" (POPSUGAR)