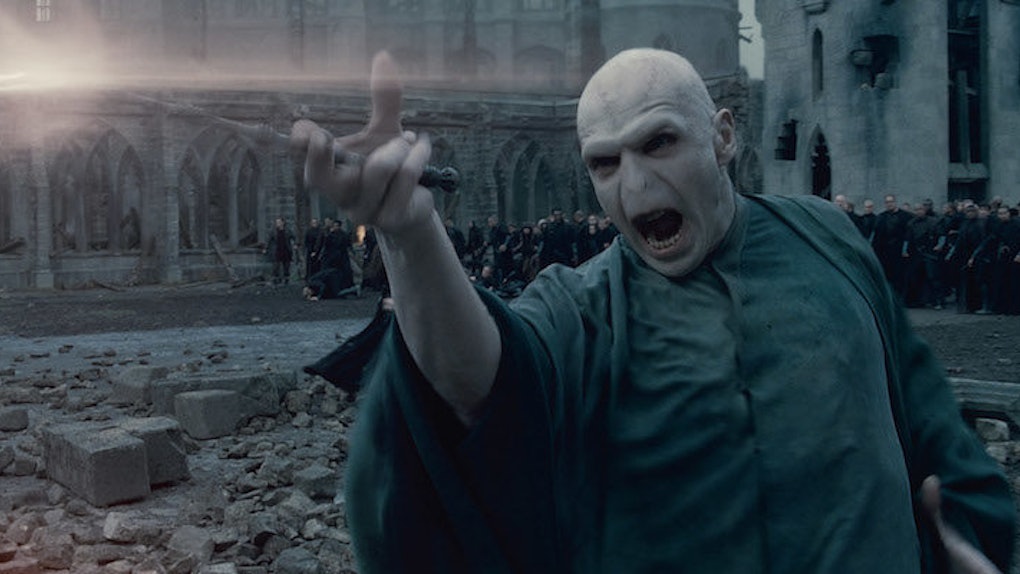 I love everything about "Harry Potter" with my whole heart. I love Harry. I love Hermione. I love Ron... I even love Ron's Great-Aunt Muriel.

But one thing that always kind of bothered me was that moment in "Harry Potter and the Deathly Hallows" when everyone's on the run from Voldemort, and then suddenly, he can fly!

In all six books before that, wizards always needed brooms or cars or something to get them up in the air. But suddenly, Voldy can just soar through the clouds whenever he damn pleases? It didn't add up for me.

But as always (or at least, sometimes) JK Rowling came through with a perfectly reasonable explanation for his broomless flight.

The question came up while Jo was responding to Twitter questions about the information released today on Pottermore about Native American magical folk, who we now know relied on wandless magic before the European invasion.

Then, someone made the connection the same might be true for other magical tools, like brooms. JKR confirmed that's the case.

She added most wizards don't attempt broomless flights because they're hella dangerous.

Then, Queen Jo retweeted this Voldemort parody account, and everything was perfect.

OK, so it all makes sense now! Brooms are magical tools just like wands, meaning extremely powerful wizards, like Voldemort, can fly without them. This also means every wizard and witch has the ability to fly without a broom, it's just that most need brooms to channel that power.

Maybe this could have been easily inferred, but it's nice to hear JKR confirm it.

I still think the introduction of it in the seventh book was pretty abrupt, but what can you do? The woman had a million other plot lines to tie up at the time.