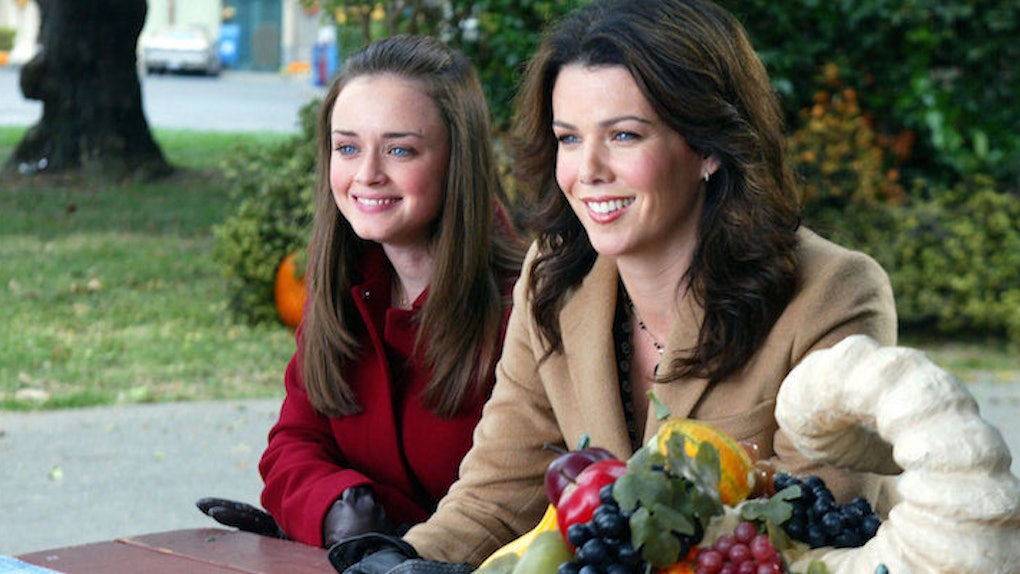 Jimmy Fallon is experiencing some real coming of age magic, and everyone knows who's responsible. It's--

Can I please just--

On Tuesday's episode of “The Tonight Show Starring Jimmy Fallon,” the host admitted he's been watching “Gilmore Girls” in preparation for the show's Netflix reboot and, just like the rest of us were a decade and a half ago, he's been hopelessly charmed by the residents of Stars Hollow.

Jimmy is four seasons deep, giving him 10 days to finish three more seasons before the new one premieres.

Binge-watching that many episodes of “GG” shouldn't be a struggle for the 42-year-old, though, considering he's already selected his top four characters and committed himself to seeing their stories through.

Jimmy shared his top four on Twitter along with #GilmoreGirlsTop4 and invited fans to do the same, only stipulating they choose characters other than Lorelai and Rory Gilmore.

Kirk was an obvious frontrunner.

The Kim women were a popular combo.

Some dedicated a hot bowl of turtle soup to Richard Gilmore.

And FINALLY someone threw Emily Gilmore, the rightful second-place player, a freaking bone.

Supercrush Dave Rygalski got some love.

As did a collection of frequently under-appreciated gems.

Michel's flagrant disdain for pretty much every aspect of living, breathing, interacting with other humans and having a job was relatable to everyone.

He's hot for a teacher but TOP FOUR???

Paul Anka made the cut for some, but was ultimately deemed above ranking entirely.

Don't worry, Paul is slated to return with the rest of the cast when the new season of "Gilmore Girls" premieres November 25 on Netflix.