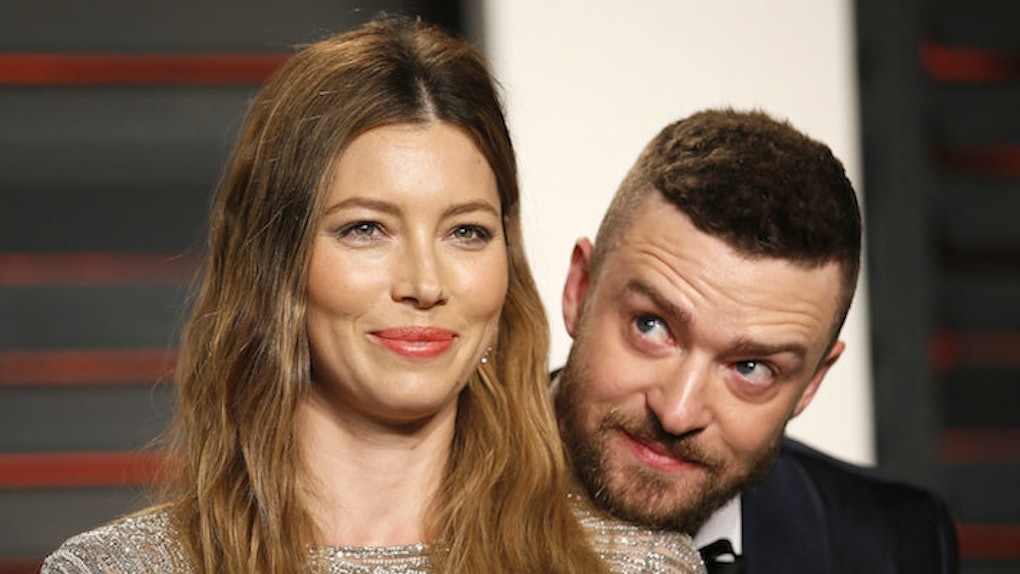 This Is What Jessica Biel Thinks About Being Justin Timberlake's 'Boss'

Jessica Biel and Justin Timberlake collaborated on a movie together, and we couldn't be more excited.

Biel produced and starred in the film, because she's a Hollywood powerhouse. YEAH, that's badass AF.

JT composed music for the soundtrack, but ~technically~ he was working under his wife.

The couple attended the premiere of their movie, "The Devil and the Deep Blue Sea," at the Tribeca Film Festival in NYC this past Thursday, and Jessica gave the lowdown about what it was like to be Justin's "boss."

He's much better left to his own devices. I mean, I like to say that I was his boss, but I wasn't really acting as his boss. So we had a good working relationship.

When talking about her role as producer, she added,

I'm looking forward to seeing the movie because it sounds like it's pretty good. Oh, and I can't wait to listen to that bomb-ass soundtrack. We didn't forget about you, JT. We've got your sexy back.