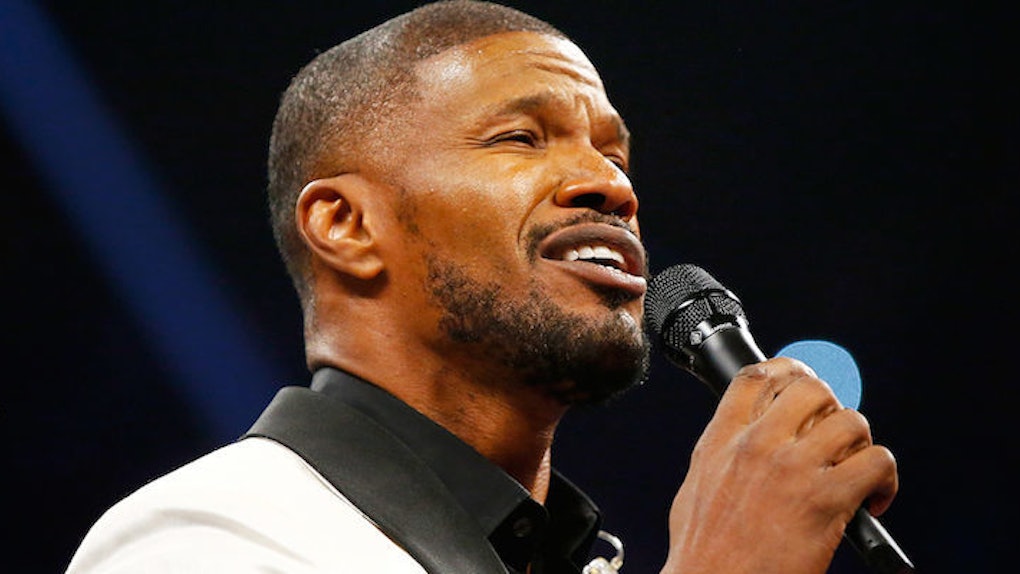 Jamie Foxx might be a real-life superhero after pulling someone out of a burning car Monday night. Upon witnessing an accident take place close to his home near Los Angeles, Foxx acted immediately and ran to the wreck.

One of the actor's reps confirmed the story, telling ABC News,

Jamie didn't hesitate. He jumped out and ran to the car.

According to a police press release, a 32-year-old man hit a drainage ditch in his Toyota Tacoma, causing the car to roll over several times before erupting in flames. The driver was reportedly under the influence of alcohol.

In the press release, police stated,

Two witnesses that were near the collision scene ran to the burning, overturned truck in an attempt to free the driver. One of the witnesses retrieved a rescue tool from his vehicle allowing the two citizens to break the window, cut the seat belt, and extricate the driver.

In true Superman style, Foxx has refrained from commenting on the crash.