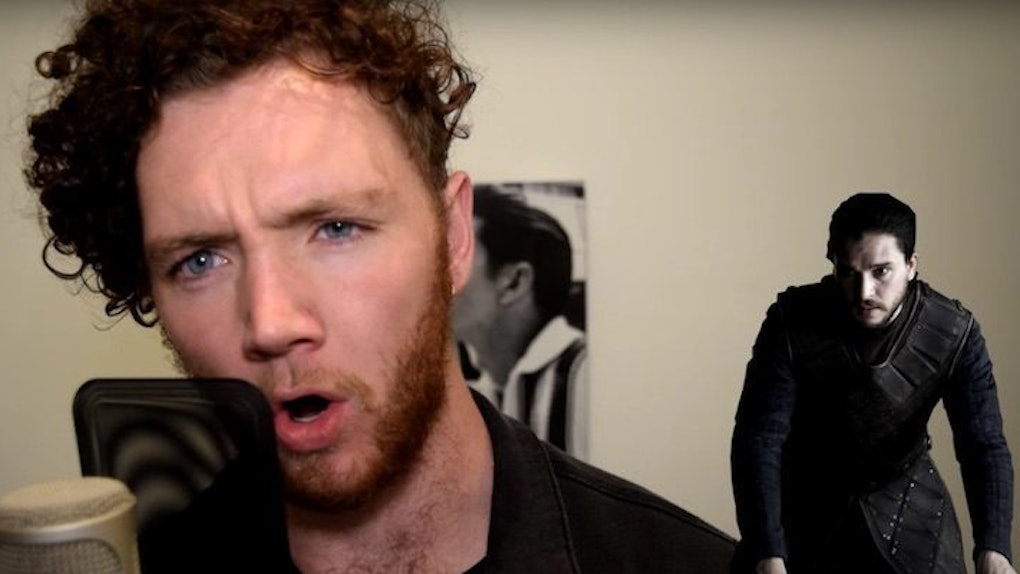 Season 6 may have ended, but we're not done talking about "Game of Thrones" just yet. Especially not when this guy, Scheiffer Bates, is blowing us away with his incredible character impressions.

Scheiffer is a voice actor from Wales who gained YouTube fame for his uncanny ability to replicate the voices of Westeros.

In the above video he effortlessly works his way through 21 characters from Season 6 in under three minutes.

Not only are the impressions flawless, but the things Scheiffer has these characters say are pretty funny, too. Personally, I'm still chuckling at Jorah Mormont explaining to Khaleesi what his psoriasis is.

I'm just throwing this out there, but I think a radio version of "Game of Thrones" would really improve the show.

Think about it: We wouldn't have to actually see any of the gore and violence! All that rape and torture could just be conveyed over sound and we'd all be a lot less disturbed.

Sure, the lack of boobs might hurt the ratings a little, but I really think it would be worth it.

And clearly this YouTube guy would be willing help out. Let's make it happen, HBO!

Citations: This British man's 'Game of Thrones' impressions are a thing of beauty (Mashable)