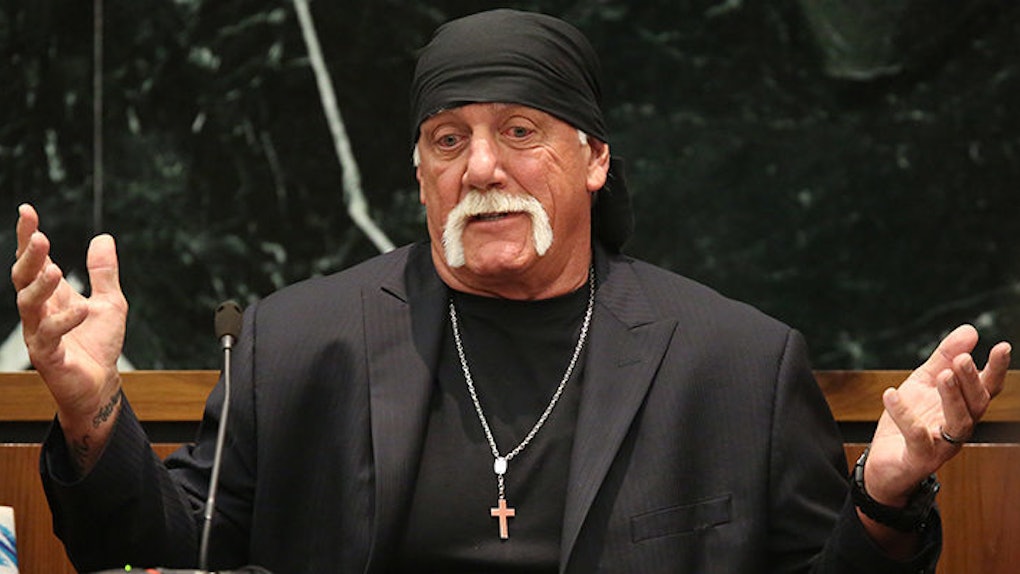 Hulk Hogan has gone through some pretty crazy sh*t in the recent years, including a divorce, his son's trial for a manslaughter and, of course, his leaked sex tape and racist rants. Yeah, like super crazy sh*t.

He did come up on $140 million, however, after suing Gawker media company for releasing a sex tape that did some irreversible damage to his image.

And if you thought the Hulkster was finished there, you're sorely mistaken.

New reports reveal the Hulk is opening up a new lawsuit against Gawker for leaking his racist radio rant, which featured him using the N-word very casually.

This was the statement released by Gawker confirming the news:

While the media company isn't to blame for releasing the tapes, Gawker is believed to have leaked the sealed court documents last summer, which subsequently spitballed into the audio surfacing earlier this year. Gawker is claiming it had no part in this.

Hulk hitting the company with another lawsuit proves that in America, it isn't about how you get your money, as long as you get it.

But damn, Hulk Hogan is really looking to finish with that Atomic leg drop.