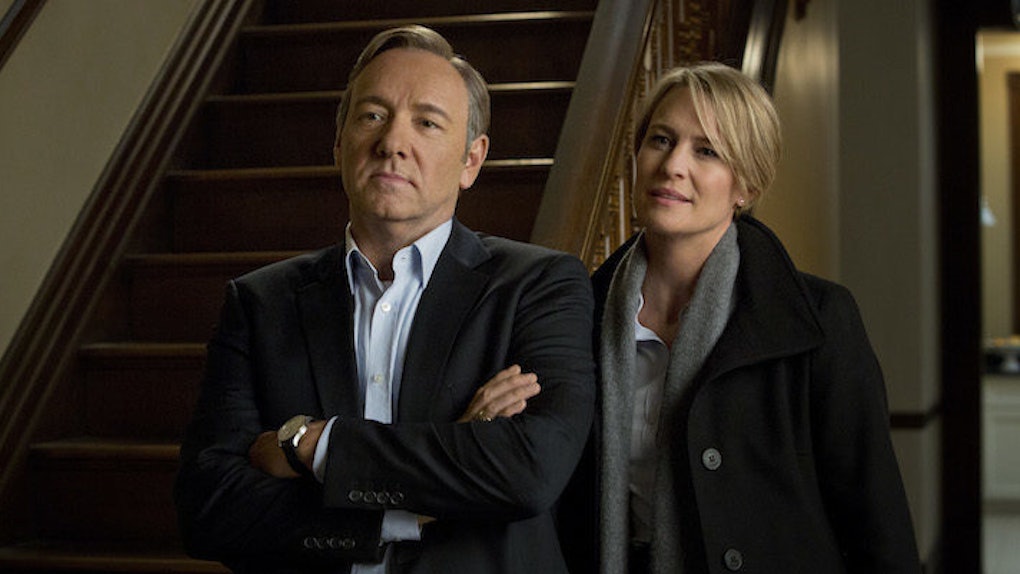 This 'House Of Cards' Season Four Promo Is Short But So, So Creepy

A new trailer for season four of Netflix's “House of Cards” just dropped, and it's killer.

The 24-second teaser doesn't reveal much about the upcoming season, but it brilliantly references the brutal murder that opened season two.

The clip begins with a shot of a bouquet of flowers resting on a subway track. The camera then pans up, putting a campaign poster for fictional President Frank Underwood on display.

Putting America back on track.

If you haven't seen the second-season premiere of “House of Cards,” this slogan probably just sounds like another political catchphrase. But if you have, well… the alternate meaning should be painfully obvious.

Watch the trailer above, and catch season four of “House of Cards” on March 4 on Netflix.

Citations: House of Cards Season 4 Teaser Will Hit You Like a Train (E! Online)