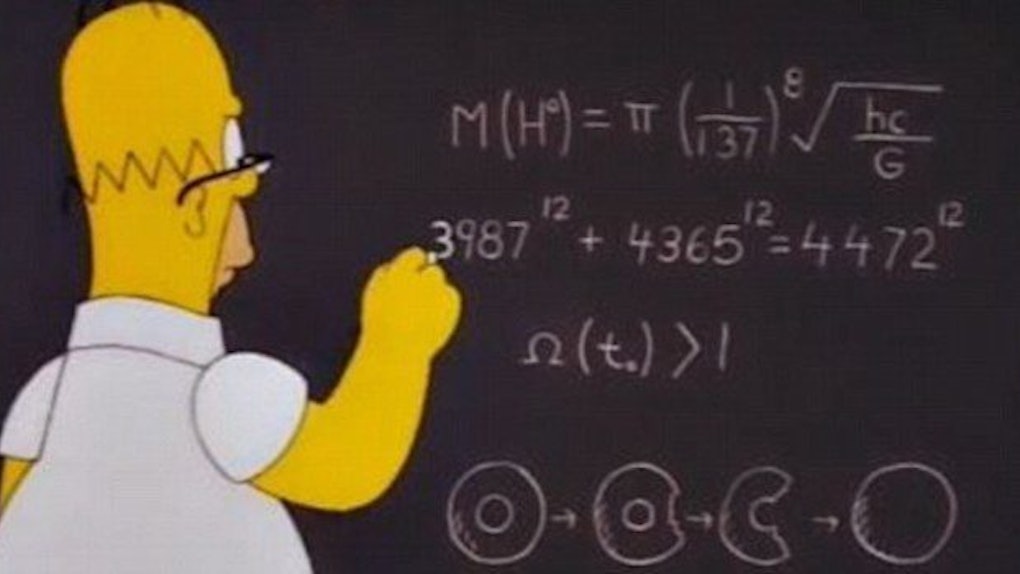 WTF? Homer Simpson May Have Predicted The Higgs Boson Particle In 1998

Homer Simpson is typically known as an overweight oaf with not much going on upstairs.

But, it seems Homer may have predicted the mass of the Higgs boson particle almost 15 years before it was even discovered.

The Higgs boson, also known as the God Particle, helps to explain why elementary particles, such as electrons and neutrons, have masses.

It wasn't discovered until 2013 by scientists working on the Large Hadron Collider, the largest particle accelerator in the world.

A 1998 episode of "The Simpsons," called "The Wizard of Evergreen Terrace," has Homer become an inventor.

In the episode, Homer is working on a blackboard, and the equation he's writing predicts the mass of the Higgs boson.

Dr. Simon Singh wrote a book about the math inside episodes of "The Simpsons," and he came across this little tidbit. Singh said,

It's pretty incredible Homer, and the writers of "The Simpsons," figured something out nearly 15 years before actual physicists did.

Here's the formula in question: