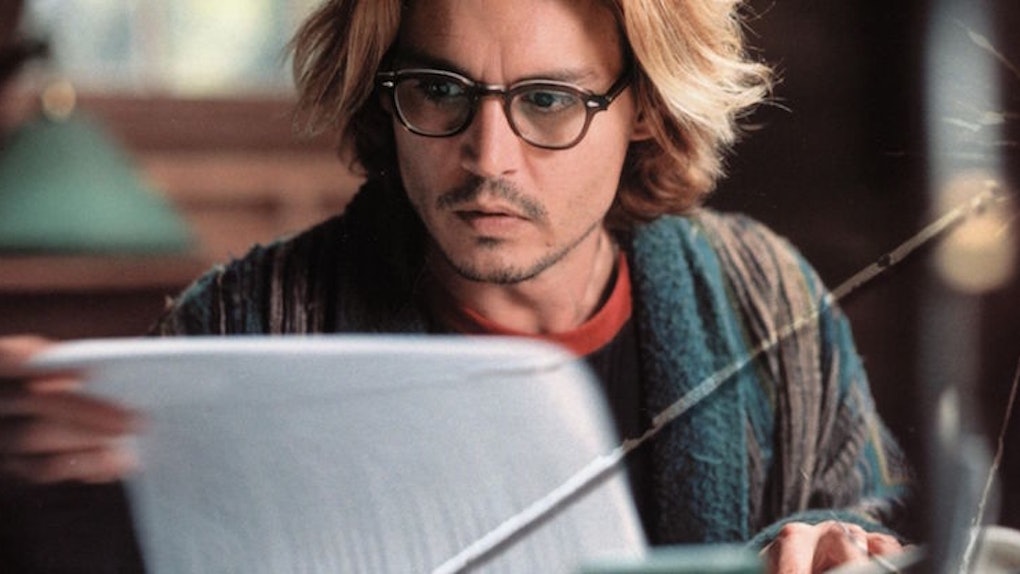 If you're an aspiring writer of any kind, especially in the current climate of incessant remakes, you know how hard it is to get your idea into the hands of the right people.

And, by right, I mean those with the power to say the magic word: yes.

Getting a "yes" from an executive in a position to turn your idea from a simple concept in your overcrowded head into a gleaming, physical reality can be a life-changing experience.

It can mean the difference between working at Starbucks for the rest of your life, or having your morning lattes hand-delivered from the gourmet place on Sunset to your bungalow on the Warner Bros lot.

However, as almost every writer knows, an invitation down the Yellow Bentley Road does not come without risk.

It seems you can't throw a stone in Hollywood these days without hitting someone who claims, at one time or another, he or she had an idea pitched and stolen.

This goes for both unknown writers and established ones.

But the thing to keep in mind here is not whether or not these people are telling the truth, but rather, to remember the old adage: As long as you have to show and/or tell your vision to another human being in order to realize it, the possibility will always exist that the other party may take part — or all -- of your idea and pass it off as their own.

It's human nature, especially in Hollywood. But there is one way to protect yourself: Don't show it to anyone, ever.

Other than that, there is no way to guarantee against someone stealing, or "borrowing," all or part of your idea. No "implied" agreement or contract, or even copyrighting, is foolproof.

And, the odds of them suing said agent are virtually nil.

Yet, even if you have a big-shot manager send your script around town, being accused of stealing someone's idea has gotten so pervasive, virtually every single production company or studio with at least two paid employees will still make you sign away all rights to any/all claims over your story/concept, even before you sit down.

But, don't despair; there is a bright spot in all of this. If you're an aspiring scribe with a "can't miss" concept or script, more likely than not, a company would be so stupid as to not involve you in the production of the idea.

If only because it takes an extraordinary amount of effort to mobilize these types of projects from the page to the screen. Most Hollywood executives are simply too lazy for that.

In just a few short days from now, a certain network will premiere a certain TV show that's incredibly similar to a concept of which I am co-creator and have been shopping around since Jesus was a baby.

I'm not going to tell you what the show is, but let's just say the star's name rhymes with Renis Reary.

The interesting thing about this, aside from the fact that we pitched our script/concept to this network over a year ago and were met with the usual excuses as to why our show "wasn't for them," is that in our case, it's not so much about copyright infringement as it is theft of concept.

Apparently, the good people of California are so used to folks accusing each other of stealing ideas, they've come up with a category that's unique to the state.

By allowing writers to file suit for having just their concept stolen, and not specifically the written words, the state is basically saying it acknowledges that the pitch process is a "slippery slope," and more often than not, concepts, characters and even entire plot lines, may be plucked from this show or that one and wind up in a different one.

Thus, they allow a broader interpretation of infringement.

But, before you scream, "Sue the bastards!" keep in mind, for a writer of any stature, going after a big network or production company in this day and age presents several exceedingly large hurdles.

It's ridiculously hard to prove someone has intentionally stolen your concept. It's also an unwritten rule in Hollywood that if you sue a network, no one in the business will touch you again.

Even if, after all that, you believe you have a case and you're crazy enough to pursue it, you will need barrels of money to feed the voracious appetites of your attorneys, most likely for years to come.

To me, if nothing else, the situation I presently find myself in definitely makes for interesting debate, as, through the usual pitch process, we met with and sent our script, concept and sizzle reel to three out of the four production entities now involved in the "other" show.

Not long after our pitches, this other show was announced as going to pilot and I was immediately inundated with a barrage of calls, texts and emails saying, "They stole your show!"

Does it add insult to injury that I've heard from numerous sources this particular network is known for "borrowing" from projects they've previously been pitched? Yep.

Ultimately, if you're an aspiring writer hoping to get your idea out there, I would still say go for it. Unless you're going to fund your project yourself, what other choice do you have?

Will it stop me from writing? Nope.