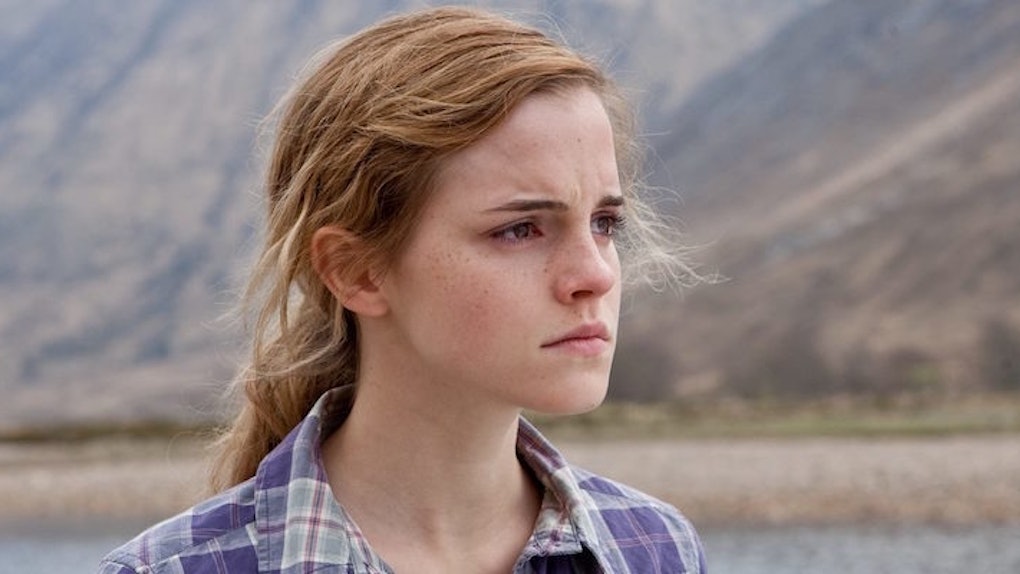 SPOILER ALERT FOR "HARRY POTTER AND THE CURSED CHILD!" Do not read this if you don't want to be spoiled, people!

Despite Rowling urging playgoers to "Keep The Secrets," many fans, you know, can't afford to fly to London to see a sold-out play.

Luckily, "Potter" fans have each other's back, as always, and have been sharing what they learned.

According to a report from Hypable, which had staff members at the play last night, there's a pretty cool reveal about Hermione. It's something we might have predicted would happen, but it's still amazing to get confirmation on.

Hermione Granger is the new Minister of Magic.

YESSSSS HERMIONE! GET IT, GIRL!

Don't forget, "Cursed Child" takes place 19 years after the seventh book ends, which means Hermione is only 36. That's pretty young to be ruling the Wizarding World!

Hermione is played by actress Noma Dumezweni, and according to the fans who've seen the show, she totally nails her performance.

"Potter" fans everywhere are SO on board with this new Hermione.

ok I just read that one spoiler about hermione in the cursed child, and I am SOBBING — Katie Campshure (@KatieCampshure) June 8, 2016

I just gasped so loud lmao Hermione is the Minister of Magic in the Cursed Child! — Wendy (@maqicspells) June 8, 2016

I'm right there with you, pals. Our little Hermione is all grown up and ruling the world.