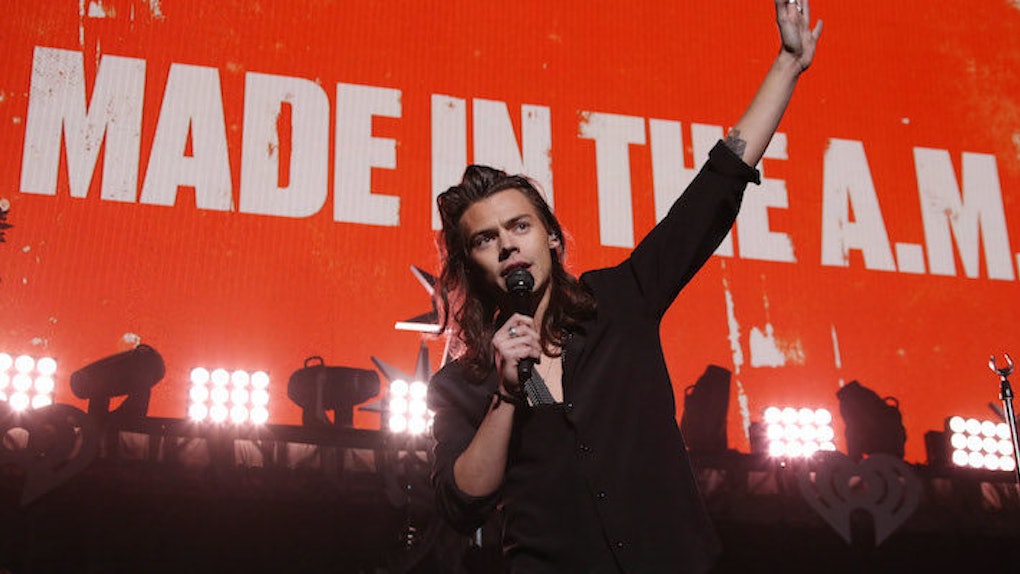 First Britain decides to leave the European Union, and now Harry Styles is starting a solo career. It's been a ROUGH day for the UK.

Following in the footsteps of former One Direction mate Zayn Malik, Harry Styles has officially signed a solo deal with Columbia Records, apart from the other members of 1D.

There is no immediate information as to when we could see a solo album released by the 22-year-old singer, but Billboard points out last year, Styles wrote and performed four original songs he had registered with the ASCAP (American Society of Composers, Authors and Publishers), so it's clear this move has been a long time coming.

Sure, people were OBSESSED with you as a group, but that's because there were like five clones of you on stage. It was like an audio version of that house party from “Eyes Wide Shut.” But when it's just one of you, the dynamic changes, and people have a tendency to get bored of you faster.

Case in point: For all the hype behind the release of Zayn's solo album -- and by hype I mean constant PDA with Gigi Hadid and the time he got ROBO ARMS -- it was a pretty sad flop once it ACTUALLY came out.

Plus, Harry Styles was already considered the “bad boy” of the group. Zayn completely undercut that with his solo attempt, which means they now have to either double down on Harry being the “bad boy” and have him literally go to prison or something, OR 100 percent fix his image and make him the most family friendly Brit of all time.

Or just give him a baby. A real baby, not a Louis Tomlinson baby.