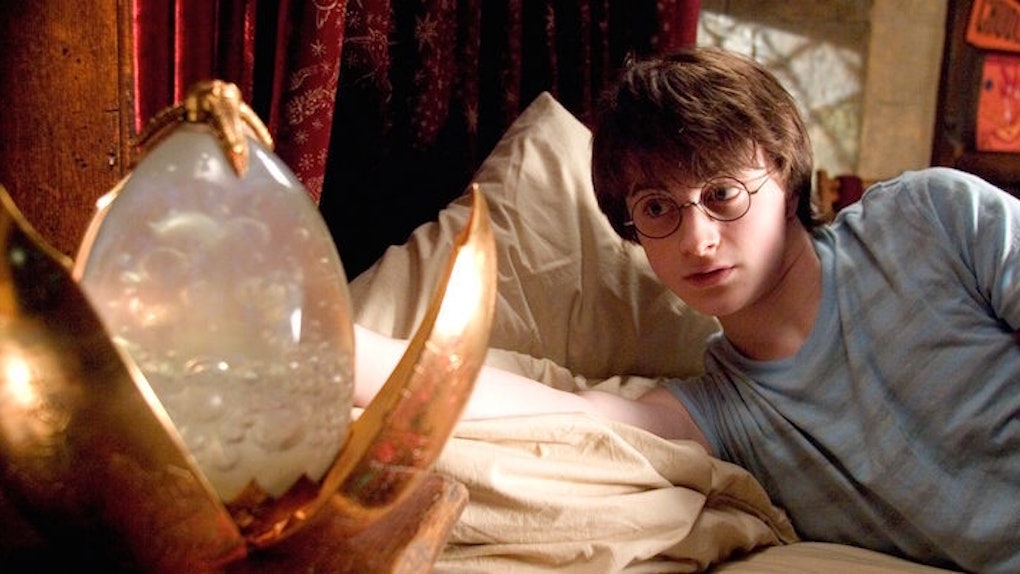 When I was 14 years old, I spent hours trying to figure out how the Galleons and Sickles in "Harry Potter" equated to US dollars. (And, yes, I was a very cool teenager.)

Eventually, though, I gave up and did my actual math homework instead.

So, God bless the good people of Reddit and this thread for actually figuring out the conversion rate of wizard money to American Muggle money.

If you read the first book, you might recall when Hagrid takes Harry to Gringotts for the first time, he tells Harry the running exchange rate. Hagrid says,

The gold ones are Galleons. Seventeen silver Sickles to a Galleon and 29 Knuts to a Sickle, it's easy enough.

Aha! So, that's the starting point.

Next, Reddit user aubieismyhomie identified some priced items in the Potterverse that also exist in the Muggle world.

For example, in the first book, Harry buys a LOT of candy from the trolley on the Hogwarts Express, and it costs him 11 Sickles. Then, in the third book, he gets a ride on the Knight Bus for 11 Sickles. The hot chocolate he buys on the bus costs him 2 Sickles.

In the fifth book, we learn three Butterbeers at the Hog's Head Inn cost 6 Sickles, and in the sixth book, a brand new copy of "Advanced Potion Making" costs 9 Galleons.

Approximating the cost of candy, bus rides, beverages and a new textbook in the real world, the Reddit user came up with this conversion rate:

Now, we have a rough estimate of how much everything really costs in the Wizarding World! (Universal Studios in Orlando should take note because they are seriously overpricing things there.)

Below are some notable values the Reddit thread points out.

Wands are a lot cheaper than you think.

As the most powerful instrument a wizard can own, you'd think wand prices would run at least as high as a MacBook Pro. I'd guess somewhere in the thousands range.

But Harry buys his first wand in "Sorcerer's Stone" for 7 Galleons, or only about $175 using this conversion rate. Man, someone get me to Ollivander's, stat!

The Weasleys are really, really poor.

In the second book, the Weasleys take all their money out of their vault in order to buy the kids new school supplies. That amount was described as "one Galleon and a pile of Sickles," or no more than $75.

Imagine trying to buy six children school supplies for the year with only $75, including all new supplies for Ginny!

In the fourth book, Harry buys himself, Ron and Hermione pairs of Omnioculars at the Quidditch World Cup for 10 Galleons each. That's about $750 he just dropped on a casual purchase for his friends!

Meanwhile, my friends make me Venmo them when they buy me $4 coffee.

Dobby made $25 a week after he was freed.

In the fourth book, Dobby (a free elf, RIP) proudly told Harry he makes a Galleon a week, or about $25. He turned down Dumbledore's original offer of 10 Galleons/week, or about $250 a week. Man, Dobby, you deserved that money!

BRB, rereading all the books with this conversion in mind now.